Russia: Urals and Siberia has forged a record for November cold 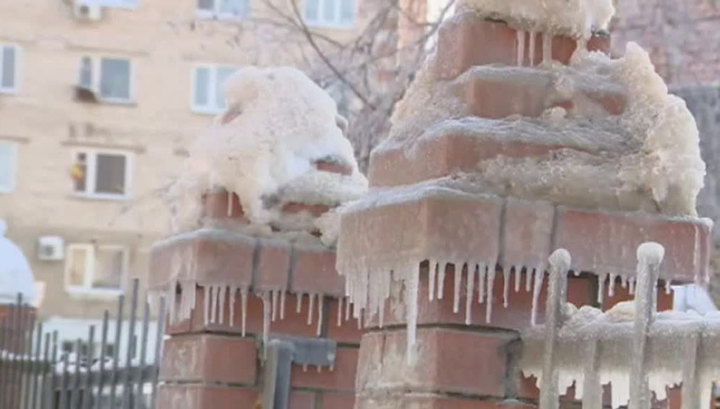 The Urals and Siberia was dominated by the 30-degree frosts. Temperature below normal by 10-15 degrees. In several cities canceled classes for younger students.

As predicted by forecasters, the last day was one of the coldest November in the last 20 years. Energy and communal services on the eve assured that prepared for any disasters. However, this same technique could not withstand the temperature difference. Because of the cold snap to a minus of 30 degrees there is a break in the lines. Without light there are two major district of the Ural capital — Uralmash and Elmash. People were going to work in the dark. Classes in schools and kindergartens had to be cancelled. And on the roads due to traffic signals arose kilometer traffic jams. Work at a place 20 emergency responders, repair promise for a few hours.

In the North, the thermometer reached minus 38 degrees. Minus 30 degrees in Chelyabinsk and Tyumen regions. There canceled classes in schools from first to fourth grades. Unprecedented cold and in the Perm region.

The average daily temperature is below the norm by 10-12 degrees, and this weather will last almost until Saturday. Such cold periods, the November, we was not very long ago, at least in this century is not mentioned. Came very cold Arctic anticyclone in the North of the Taimyr Peninsula, it passed North of the Ural Federal district and is now close to the Middle Ural, — said Galina Shaporenko, chief forecaster hydrometeorological center of the Urals.

From the cold of the Urals have traditionally saved using warm clothes. Markets dismantled the boots, although usually it is in demand in the January frosts. However, MOE staff please, no need at all not to leave the house and especially not to go on a long trip. But those who still dare to get on the road, it is recommended to stock up matches, food and a shovel. Also on the routes will be deployed more than 40 mobile points of heating.