Russian planes are involved in extinguishing forest fires in Portugal 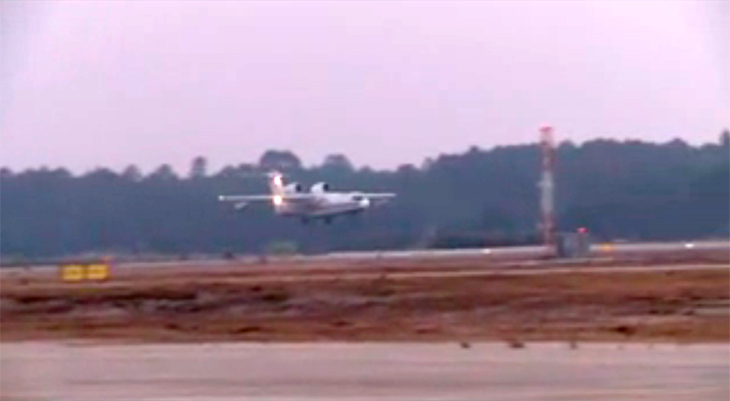 Professional experienced Russian pilots stopped the fire from spreading, not allowing him to cover more than 40 hectares of forest. In this area of the aviation of EMERCOM of Russia was thrown more than 154 tons of extinguishing liquid, and the total plaque two be-200 CHS exceeded 11 hours. Photo from MCHS Rossii Photo from the website of EMERCOM of Russia on 15 August in the district of forest fires (city of Castro Laboreiro) you will leave one be-200 CHS, the second plane will resume as soon as will be eliminated any technical malfunction that occurred during firefighting.

Russian pilots are working in difficult conditions, as the terrain is heavily filled with smoke due to forest burning. Fire fighting in Portugal is carried out on behalf of the Government of the Russian Federation and in accordance with the request of the Portuguese side. Russian rescuers arrived in a timely manner in Magaro and quickly joined in the work. Prime Minister of Portugal, antónio Costa, thanked the group of EMERCOM of Russia for assistance in extinguishing large forest fires in the country and praised the work of Russian rescuers.

Together with the Russians help Portugal in extinguishing fires, also have Italy and Morocco. Prime Minister of Portugal also expressed his gratitude to the airmen in these countries. Two aircraft-amphibian be-200 XC EMERCOM of Russia arrived in Portugal on August 13 and 14 August had embarked.

Only for the first day the two aircraft be-200 emergency, EMERCOM of Russia has conducted 17 water discharge total weight of over 200 tons. Raging in Portugal, the fire element doesn’t want to give up their positions. For the last day of the dangerous areas were evacuated residents of several villages. This forest fire has begun in the village of Arches, reached the town of San Pedro do Sul. Within hours the fire had travelled about 40 kilometres. The elements are fighting hundreds of firefighters and five aircraft.