Russian volcanoes turned out to be a threat to the planet. 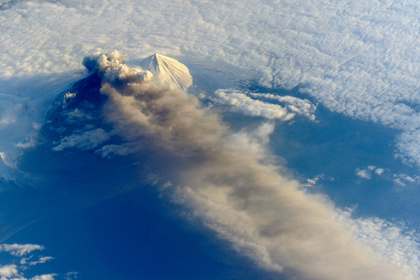 An international team of scientists found that volcanic eruptions in the Northern Hemisphere, including Russia, have a greater impact on the planet’s climate than previously thought. This is reported in a press release on EurekAlert !.

It is known that some active extra-tropical volcanoes (Kasato and Alaska and Sarychev Peak in Russia) increase the sulfur content in the lower atmosphere, however, their impact on the climate is weak and short-lived. It was believed that volcanoes located in southern latitudes exert a stronger influence on the Earth’s air envelope, since in warm climates sulfur is removed from the stratosphere longer.

The results of the analysis of ice cores containing sulfur showed that over the last 1250 years, eruptions of extratropical volcanoes actually had to cause a noticeable cooling of the surface in the Northern Hemisphere. In other words, they cool the atmosphere much more strongly than their tropical counterparts, even if both of them emit the same amount of sulfur.

The cooling of the atmosphere occurs when gases containing sulfur are released into the stratosphere to an altitude of 10-15 kilometers. The result is an aerosol haze that can last several months or years. It reflects a significant portion of solar radiation entering the atmosphere back into space, causing a decrease in the average annual temperature. In northern latitudes, the lifetime of aerosol sulfur is only slightly less than in the tropics. In addition, the impact on climate was limited to the Northern Hemisphere, which increased the cooling of the atmosphere.