Sakurajima volcano in Japan threw a column of smoke and ash at a height of 4.7 km 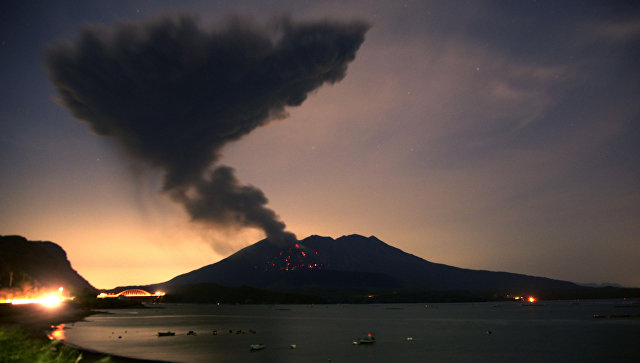 The Sakurajima volcano on the southern Japanese island of Kyushu threw a column of ash and smoke 4.7 kilometers high, the local meteorological office reported.

Meteorologists recorded the eruption of the “explosive nature” at 07.20 (01.20 Moscow time). In the region of the vent on the western side of the volcano, a pyroclastic flow occurs. Also, emissions of large stones were recorded at a distance of 800 – 1 thousand meters from the crater. Specialists continue to monitor the volcano.

In the region there is a third level of danger out of five possible. This implies a ban on climbing and approaching the mountain. Specialists call for special care within a radius of two kilometers from the volcano, since volcanic stones and lava are possible. The following fourth and fifth levels provide for “preparation for evacuation” and “urgent evacuation”, respectively.

The Sakurajima volcano, located in the southwest of Japan, reaches a height of 1117 meters above sea level, and on its slopes there are parasitic craters. 50 kilometers from the volcano there is the Sendai nuclear power plant, one of which was restarted at the end of 2016, and since 2017 produces electricity in industrial quantities.