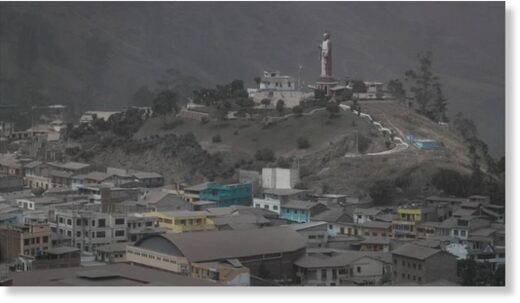 As a result of the eruption of the Sangay volcano in Ecuador, thousands of hectares of banana plantations were left under a carpet of ash.

According to the exporters’ association Acorbanec, about 55,000 hectares were affected. “We estimate this will lead to a 25% drop in the weekly export supply of affected farms for at least a month,” said Richard Salazar.

Volcano Sangay is one of the highest active volcanoes in the world and one of the most active in Ecuador. A very high level of activity has been registered here since June.

The last eruption occurred on Sunday morning, and ash continued to fall until Monday evening.