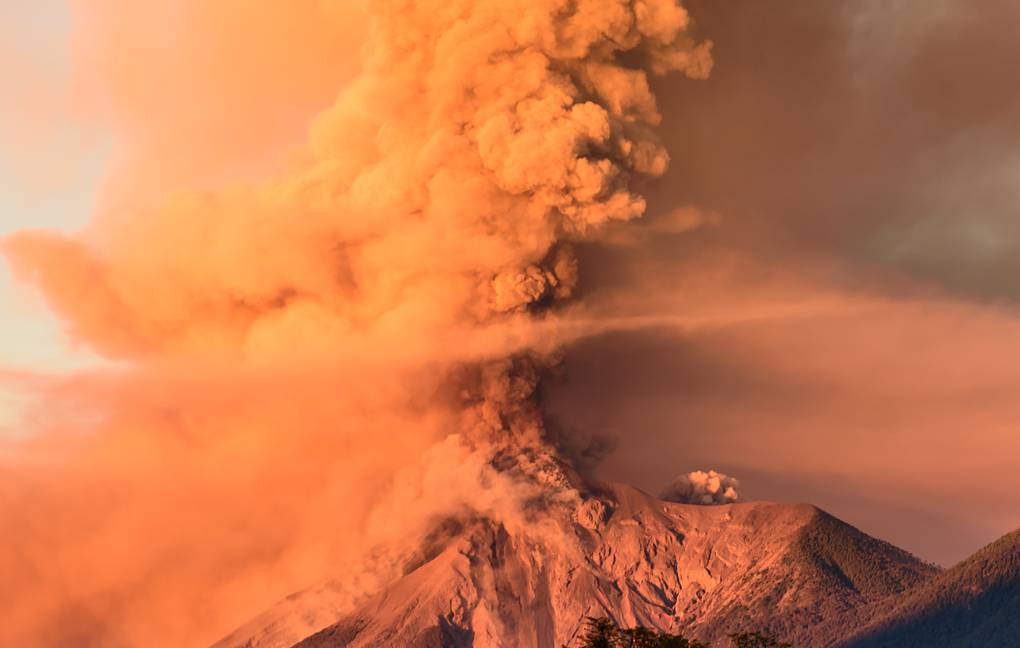 The analysis of tree rings allowed scientists to adjust the date of one of the largest disasters in the last 10 thousand years – the eruption of Santorin volcano, which is located on the Greek island of Thira. New data say that it happened about 3.6 thousand years ago. An article describing the study was published by the scientific journal Proceedings of the National Academy of Sciences.

Geologists previously estimated that during this eruption, the volcano threw into the atmosphere about 150 billion tons of rock fragments, ash and other particles. As a result, the population of the island itself was destroyed, not only it itself was almost completely destroyed, but also the nearby islands within a radius of 50-60 km.

In addition, due to the eruption, a giant tsunami arose that destroyed the ports and coastal cities on the island of Crete and led to the death of the Minoan civilization (therefore, the eruption is often called the Minoan). The catastrophe seriously affected the entire Mediterranean: scientists believe that even cities on the northern coast of Egypt, Palestine and the north of the Arabian Peninsula were destroyed due to this eruption. Some scholars believe that Santorin even influenced the establishment of the Chinese Shang Dynasty.

It is very important for scientists to find out the date of the disaster as accurately as possible in order to “synchronize” events from the history of the Mediterranean, which written sources date from the eruption, with dates that are obtained from other sources. According to previous estimates, the eruption occurred between 1630 and 1600 BC.

When the disaster happened
To clarify this data, American and European scientists led by Charlotte Pearson of the University of Arizona combined the radiocarbon dating method and dendrochronology, a science based on the study of tree rings. Each year, the tree builds up a layer of tissue of a certain thickness, which depends on climatic and other conditions. Both the favorable years and the unfavorable ones leave a definite trace in such rings — in particular, they can be used to track drought or volcanic eruption.

The basis for the analysis was the wood samples from the finish of the burial chamber of the so-called Midas mound, which is located on the territory of modern Turkey, in the area of ​​the ancient city of Gordion.

Scientists have learned the age of these rings by measuring the amount of the carbon-14 isotope in individual rings. This isotope is constantly formed in the atmosphere of our planet as a result of the interaction of cosmic radiation with nitrogen from the air. Subsequently, it enters all living organisms. After their death, carbon metabolism ceases, and the amount of carbon-14 begins to decrease due to radioactive decay. By comparing the amount of this isotope with the volume of stable carbon, scientists can determine the age of a given sample.

Based on the fact that major volcanic events leave traces in the tree rings, scientists compared the data and came to the conclusion that Santorin erupted in about 1560 BC. According to scientists, this date better matches archaeological and historical data, in particular, ancient Egyptian texts.