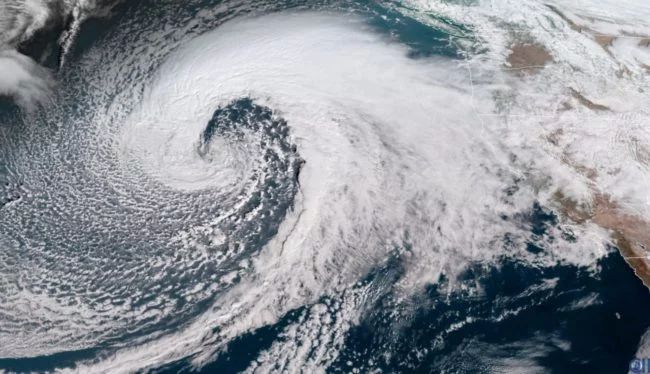 In the Pacific, a storm is raging, which, despite its enormous size, has no name of its own. It is clearly visible from the orbit of the Earth – the stunning imagination of the picture was captured not by one, but by two meteorological satellites of different countries at once. Such hurricanes in the Pacific are far from uncommon, but this phenomenon is particularly impressed by scientists, as its power is comparable to the force of Hurricane Florence, which in 2018 hit the southeastern coast of the United States and caused damage of more than 38 billion dollars.

The first satellite to capture the nameless hurricane was the Japanese Himawari-8. He surveys the hurricane from the western Pacific, while the American apparatus GOES-17, which follows the Aleutian Islands of Alaska, from the east. It is noteworthy that the second satellite saw the element only when it turned in the direction of North America. It is believed that high-power winter hurricanes in the Pacific Ocean arise from the strong contrast of cold air in the Arctic and warm air in the tropics. You can monitor satellite images at the site of the Regional and Mesoscale Meteorology Branch of RAMMB. 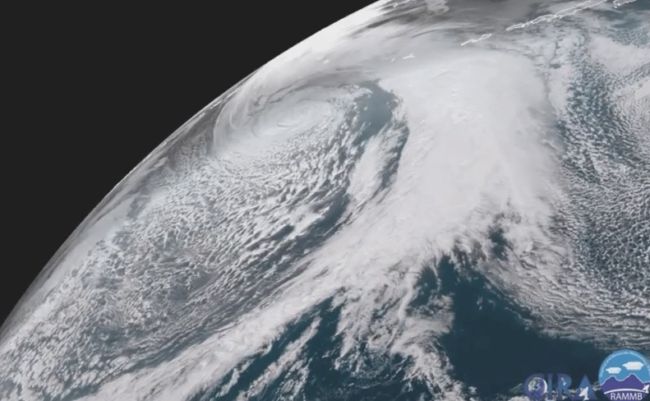 The National Meteorological Service shared information about the power of the hurricane, which continues to work despite a temporary reduction in the work of federal agencies. So, the minimum storm pressure was 937 millibars, which is typical of powerful hurricanes. For comparison, the Florence central pressure was almost the same – 939 millibars. In the northern part of the Pacific Ocean, the wave height reaches 17 meters. 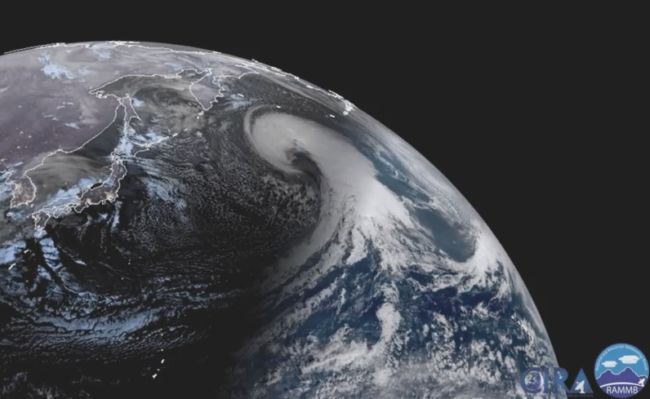 In order to prevent the destruction of such powerful hurricanes, scientists are trying to predict their appearance in advance using meteorological satellites. Unfortunately, they are rather bulky machines, and it is high time for scientists to work on reducing their size. At the moment, NASA is doing this in the framework of the RainCube project. In September, we already told the plans of the space agency to achieve that the dimensions of the satellites for tracking weather events did not exceed the size of the shoe box.