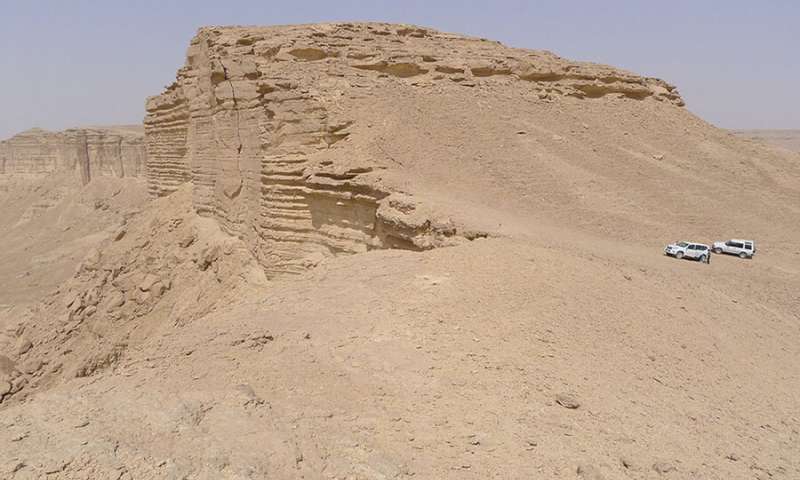 The Kingdom of Saudi Arabia (KSA) is at a crossroads. Recent long-term studies of the area indicate that rising temperatures and evaporation rates will likely further deplete scarce water resources critical to meeting the nation’s agricultural, industrial, and domestic needs; more extreme flooding events could endanger lives, economic vitality, and infrastructure; and a combination of increasing heat and humidity levels may ultimately render the kingdom uninhabitable. Facing a foreboding future, how might the nation adapt to changing climatic conditions and become more resilient to climate extremes?

Due to the KSA’s distinctive natural and artificial features, from coastal landscapes to river beds to agricultural areas, decision-makers seeking to design actionable plans for regional and local adaptation and resilience will require projections of the KSA’s mean climate and extreme events at a higher spatial resolution than what previous studies have produced.

To that end, a team of researchers from the MIT Joint Program on the Science and Policy of Global Change and the King Abdulaziz City for Science and Technology’s Center for Complex Engineering Systems used a high-resolution, regional climate modeling approach to generate mid-21st century (2041–2050) projections under a high-emissions, high-climate-impact scenario. The climate projections carry an unprecedented four-kilometer horizontal resolution and cover the entire KSA, and focus exclusively on the months of August and November. During these months, which represent, respectively, the KSA’s dry-hot and wet seasons, extreme events have been observed more frequently.

Applying this modeling approach, the team projected increasing temperatures by mid-century across the KSA, including five strategic locations—the capital city of Riyadh, religious tourism destinations Makkah and Madinah, the designated future tourist site of Tabuk, and the port city of Jeddah—in both August and November, and a rising August heat index (high heat and humidity) that particularly threatens regional habitability in Jeddah due to an increasing frequency of extreme heat index days.

The researchers also found an increase in the intensity and frequency of precipitation events in August by mid-century, particularly along the nation’s mountainous western coast, suggesting a potential for water harvesting—that could replenish local aquifers and supplement water supplies elsewhere—as a regional climate adaptation strategy to avert future water scarcity. The projections also showed a significant decline in precipitation rates in a sizeable stretch of desert extending from the southern portion of the country known as the Empty Quarter.

The study appears in the journal Atmosphere.

“The intent of our research was to highlight the potential use of our modeling approach not only to generate high-resolution climate projections that capture the effects of unique local spatial features, but also to enable local solutions for climate adaption and resilience in the region,” says Muge Komurcu, the study’s lead author and a research scientist at the MIT Joint Program.