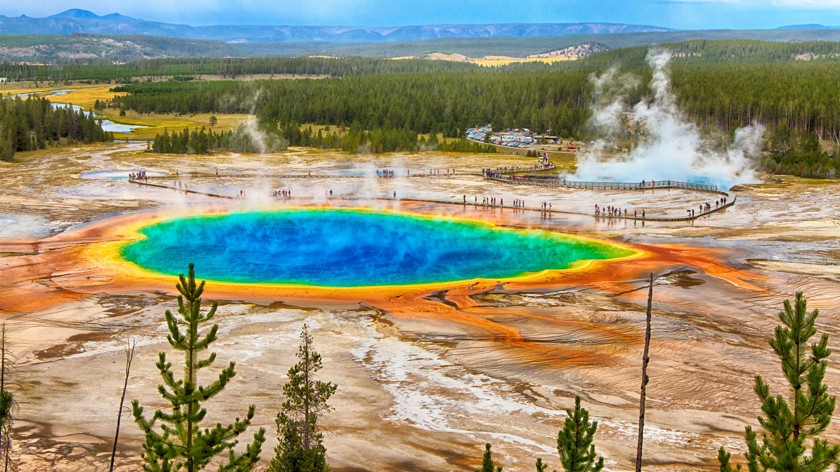 In July 2018, 153 underground tremors were recorded at the Yellowstone National Park. Scientists fear that this may be a harbinger of the release of Yellowstone’s super-volcano from hibernation.

A possible eruption of the supervolcan was predicted many times, but now seismologists have real reasons to worry. Seismic sensors recorded one and a half hundred tremors at once a month, the strongest of which was 2.5 points by Richter.

However, the staff of the seismic station at the University of Utah state that the reason for concern is a series of mini-earthquakes is not. Similar sequences of tremors are the norm for the vicinity of the sleeping super volcano. “Volcanic activity remains within the background level,” experts say.

Nevertheless, many seismologists do not agree with this point of view. The Yellowstone volcano erupted approximately 2.2 million, 1.3 million and 630,000 years ago, respectively. If the frequency of these events is not violated in any way – a serious cataclysm can occur at any time. In addition, the heat in the fire of general concern was added by a crack in the earth’s crust, which was recently formed in the National Park of Grand Teton, which is only a hundred kilometers from Yellowstone.