Scientists are exploring the unusual crater in Eastern Siberia 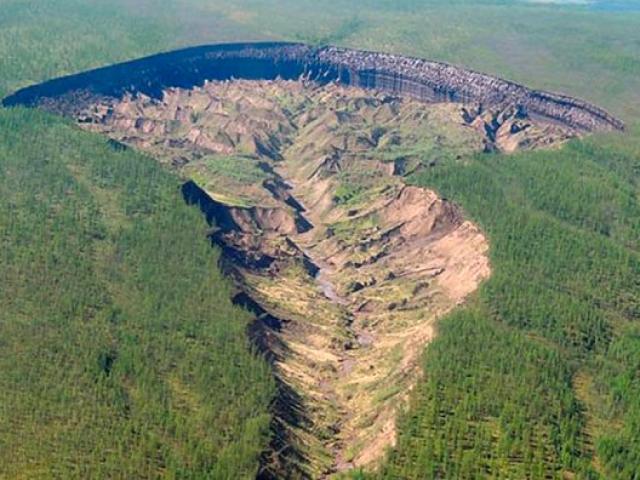 In the Verkhoyansk area near the Yakut village of Batagay there is a giant crater with unusual shapes. Geologists found him a quarter of a century ago and still can not accurately determine the nature of its origin, and among local residents for some reason he immediately began to use the ill-famed “gate to hell”.

Today it is called “crater Batareika”. This is a huge crater with a depth of 120 meters, growing to 20 meters and turning into a giant crack with a length of over 1.5 km. the inhabitants of the surrounding villages are afraid to approach him because of the monstrous sounds, caused, apparently, crumbling soil.

However, the fact that some causes of mystical horror, others — namely scientists – natural interest. For them – this is another unique opportunity to learn something new about the past and future of the Earth. Yakutia, as you know, one of the coldest places on our planet. During a recent expedition revealed that the age of the local permafrost has about 200,000 years.

According to Dr. Julian Murton from the University of Sussex, the formation of the crater and its growth associated with the melting of the permafrost. Over the past decades in Siberia, formed of a number of similar craters. This is not the first British scientist expedition to Yakutia, where he together with the staff of northeast Federal University is studying a mysterious phenomenon of nature.

So scientists have managed to detect the remains of ancient animals – bisons, horses, elks, mammoths and deer that lived here for around 4.5 thousand years ago. In addition, the objects of study became permafrost, sedimentary layers, the nature of the change landscape and the implications for the future of the planet.