Scientists create map of the giant craters on the Yamal Peninsula 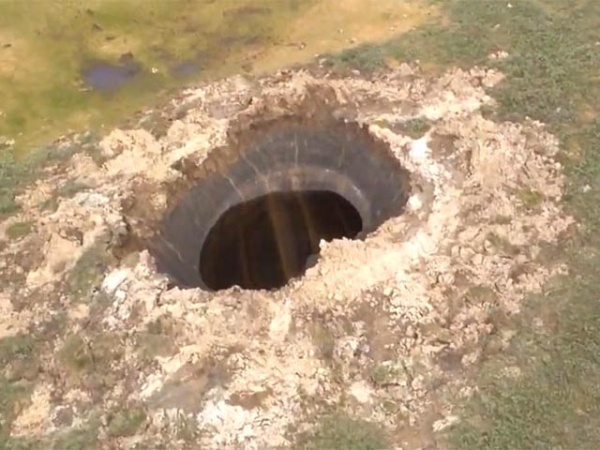 Scientists create map of underground gas bubbles that have formed on the territory of the Yamal Peninsula in the Yamalo-Nenets Autonomous district (YANAO). This was announced by the Director of the Department of science and innovation of the region Alexey Titovskiy.

This year recorded more than a dozen gas bubbles, which are scientifically referred to as swelling or bumps. Some of them can be seen with satellite images, part was recorded by scientists during expeditions. Now a map such pucheni, located on the Yamal Peninsula – said Tito.

These bubbles can be dangerous to transport infrastructure and fuel and energy complex. This groundwater processes that occurred in YANAO always, the many lakes on our property beautiful, round, regular shape was formed by the explosion of these bubbles is many thousands of years ago. These processes need to monitor, because the mounds of swelling can grow in close proximity to production facilities, dangerous is a gas – said Tito.

No one knows how to neutralize these effects, but try to avoid negative consequences it is possible to move the road or the object of TEK, he added.

This summer, scientists discovered in YANAO gas bubbles, which could occur due to the heat wave in the region. According to them, the air temperature reached 35 degrees, so the layers of permafrost thawed, began to develop micro-organisms that are produce methane and carbon dioxide.