Scientists have discovered a large volcano under the capital of Germany 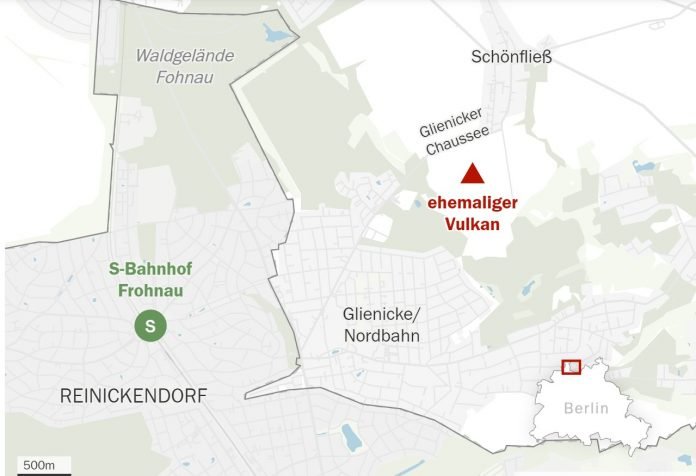 According to scientists, the north of Berlin was a very hot region 290 million years ago. The volcano arose just outside the capital of Germany in Brandenburg. Its name: Fiery Mountain Schoenfliss …

Today, anyone driving along the Glienicker Chaussee north of Berlin towards Schönfliss can hardly imagine that it was once an extremely inhospitable and hostile place.

It was there, southeast of the road, that there was the summit of a huge volcano, the crater of which was about two kilometers in diameter, that is, it reached Reinickendorf, and rose just as high above the plain.

However, this was about 290 million years ago, at a time when today’s continents were not yet developing and when only the supercontinent Pangea formed sufficiently solid soil.

Pangea included today’s Europe, Asia, Africa and America, and Berlin would be at the equator.

The material contained evidence of the existence of a volcano. But since geologists did not find precious ores, they quickly forgot about it ..

This material was later re-examined by the molecular biologist Lutz Essers of Tegel, who, together with his fellow geologists, determined the exact location of the volcanic peak on the outskirts of present-day Berlin.

Geological science also provides an answer to the question of how this huge volcano could simply disappear. It’s all about plate tectonics.

The volcano sank, like all of northern Germany, and was covered in eroded material for millions of years.