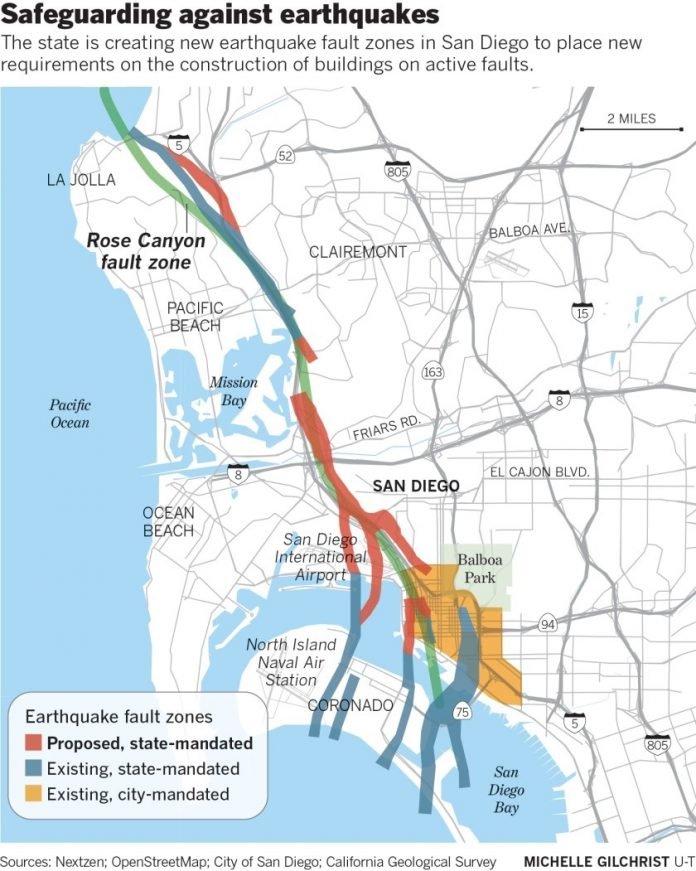 A new map released by the California Geological Survey fills in gaps in the Rose Canyon Fault, which runs from La Jolla and splits into the city center through the airport and seaport area. Colored areas indicate where an earthquake might occur.

“Mother Nature got there first, and now we have to adapt to her,” said geologist Dr. Pat Abbott.

He said the fault was last moved about 300 years ago, making it active by geological standards.

“The Rose Canyon Fault can trigger earthquakes of magnitude 7 or more,” he said.