Scientists have estimated the probability of an earthquake of a magnitude of more than 9.0 in the Aleutian Islands

Evaluation of the faults of the Aleutian archipelago has allowed scientists to establish that the probability of earthquakes with magnitudes above 9.0 on the Islands ranges from 6.5 to 12% in the next 50 years. In research took part the specialists of the University of Hawaii and Portland State University. Data were obtained on the basis of the analysis of similar aftershocks of previous years and speed the movement of tectonic plates along the main subduction zones of the Pacific ocean.

Since 1900 on the Pacific ring of fire was recorded on 5 seismic events of magnitude higher than 9.0:

All of these earthquakes occurred on faults in the tectonic plates and generate large tsunami, the traces of which have survived to the present day. The authors of the study assessed the global frequency of the tremors and correlated the obtained values with the different subduction zones, considering thus the probability of regional seismic events in the Aleutian archipelago. 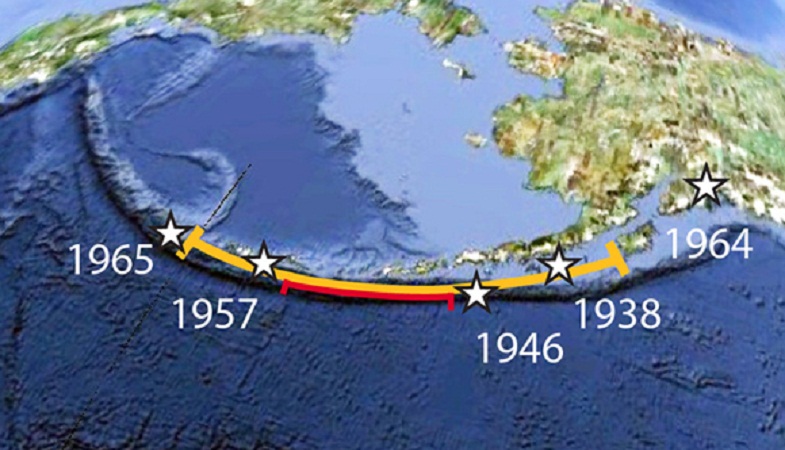 Dates of earthquakes in the Aleutian archipelago of magnitude above 8.0

Based on the location of Islands in relation to the nearest land areas, scientists came to the conclusion that in the case of large-scale earthquakes tsunami energy will be directed perpendicular to the faults, that is, large waves will go mainly in the direction of Hawaii. In addition, when the catastrophe will hurt Alaska and the Western part of North America.