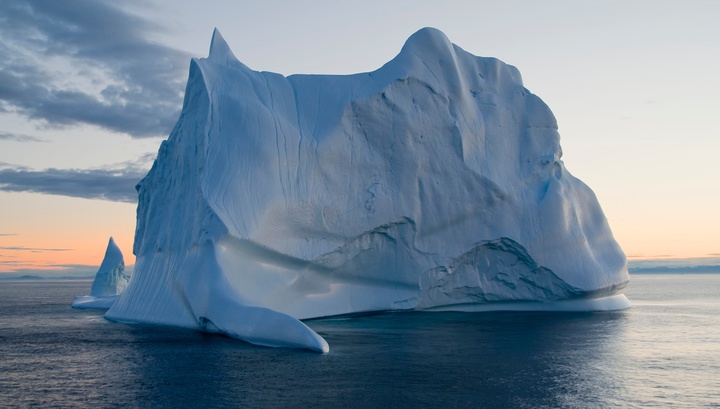 Paola Moffa-Sanchez and Ian Hall of Cardiff University studied the fossils found on the bottom of the Labrador Sea in the North Atlantic. This allowed them to find out how the climatic conditions in this region have changed over the past three thousand years to within a decade.

Comparing this information with the data on the climate of Europe, the scientists concluded that the cold snaps were provoked by the inflow of cold water from the Arctic, pushing away the warm currents. According to the researchers, this was the main factor that determined the climate of Europe.

A scientific article was published in the journal Nature Communications on November 23, 2017. Now humanity affects the climate, with which according to the vast majority of climatologists (although there are other opinions too). But from time immemorial it was the other way around: this climate influenced humanity.

And this climate was by no means permanent. When the Roman legionnaires, in terms of seniority, received plots in Britain, they raised grapes on this land. And in the XVII century, Thames froze in London.

To find out the reasons for such large-scale changes, the researchers studied fossil shells in the Labrador Sea. This region has long been interested in climatologists. Here warm waters of temperate latitudes are encountered with icy Arctic air. The intense heat flow between them leads to the formation of the North Atlantic deep waters (NADW) and the circumpolar gyre (subpolar gyre). But the role of this process in shaping the European climate was still not sufficiently studied.

Moffa-Sanchez and Hall decided to fill this gap in knowledge. After studying fossil shells from the bottom of the Labrador Sea, they found out how the natural conditions in this region were changing. The coverage of the “map” was three thousand years, and the time step was a decade.

The information was compared with the data on the climate in Europe. And found that the cold times were associated with a change in water circulation in the North Atlantic. At that time, ice-cold Arctic waters invaded the region, slowing down the warm currents that warm Europe.
As reported in the press release, this picture was observed in the XIV-XIX centuries, when the whole of Europe was swallowed up in a small glacial period.

The same happened in the VI century, when the frozen and starving world swept the Justinian plague, which, according to various estimates, claimed 20 to 50 million lives.

Now the Arctic ice melts at a record pace. This means that a huge amount of cold fresh water is thrown into the North Atlantic. The pattern of circulation changes again. Perhaps, the inhabitants of Europe will soon have to feel this on themselves.