Scientists have found traces of an ancient volcanic catastrophe 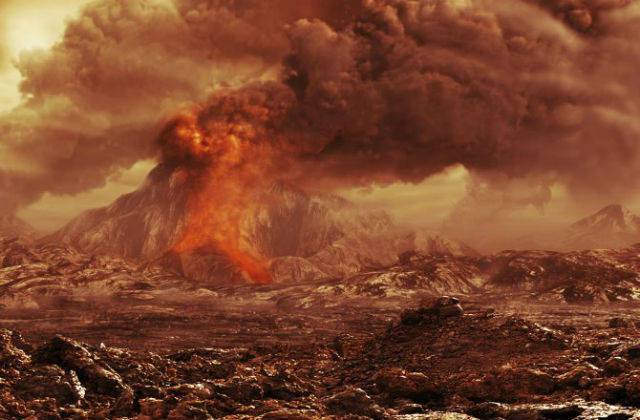 Scientists at the University of Curtin (Australia) found that 2.2 billion years ago on Earth after the geological calm began to occur catastrophic eruptions.

They were the cause of the emergence of Colombia – the first supercontinent, which is located in the northern hemisphere of the Earth. The article is published in the journal Nature Geoscience.

The tectonic processes that took place at the beginning of the Paleoproterozoic era (about 2.4 billion years ago) led to the appearance of supercratons – large temporal geological structures consisting of ancient platforms (cratons). However, about 1.6 billion years ago the first supercontinent Columbia arose.

Analysis of stratigraphic columns that demonstrate the sequence of bedding of rocks 2,4-2,2 billion years ago, demonstrated the existence of a period of calm, when geological processes such as magma outflow, metamorphism of igneous rocks and mineralization almost stopped. Such “breaks” were explained either by the poor preservation of the material, or by some changes in the crust and mantle of the Earth.

Scientists have shown that the magmatic calm really happened, because during this period the rate of folding and sedimentation decreased. However, 2.2 billion years ago, the decline was replaced by a new period of magmatism, which was very different from other similar processes until the calm. From the Earth’s mantle, as a result of massive eruptions, a large amount of material was thrown out, which contributed to the emergence of the first hemispheric supercontinent.