Scientists have “lost” the magma reservoir of mount St. Helens 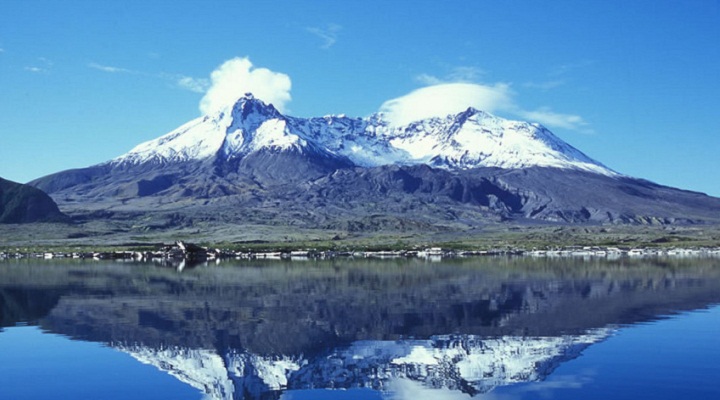 The latest study, published 1 November in the scientific journal Nature Communications, indicates that under the volcano St. Helens in Washington state is the area of the cold hot melt is not capable of eruption. In connection with the new data currently, experts are trying to establish where the giant takes “fuel” for its eruptive activity. According to them, the source of magma for St Helens is, most likely, East of the volcanic cone is at a distance of about 50 km.

Strange thermal patterns of peaks were seen in 2014. The fact is that for some reason St. Helens is 50 miles from the other volcanoes of the Cascade mountains, that is at a considerable distance from active geological region where the slab is the Juan de Fuca sinks beneath the North American lithospheric plate. However, St Helens is one of the most dangerous volcanoes in the United States, and its eruption in 1980 was the largest in modern history of the state.

To learn more about the deep structure of the volcano, experts from the University of new Mexico has deployed in the area of mount thousands of sensors to measure ground motion and then drilled 23 holes in the volcano and filled them with explosives, causing a blast of a mini-earthquake. It turned out that the magma reservoir filled with hot materials, under St. Helens is a cool mantle wedge, which eliminates the possibility of melting of the magma to temperatures required for eruption. 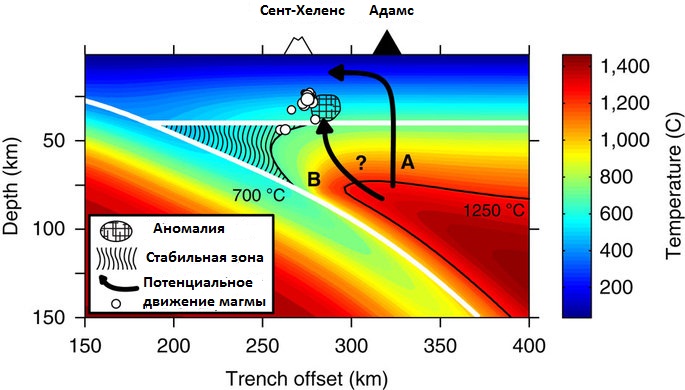 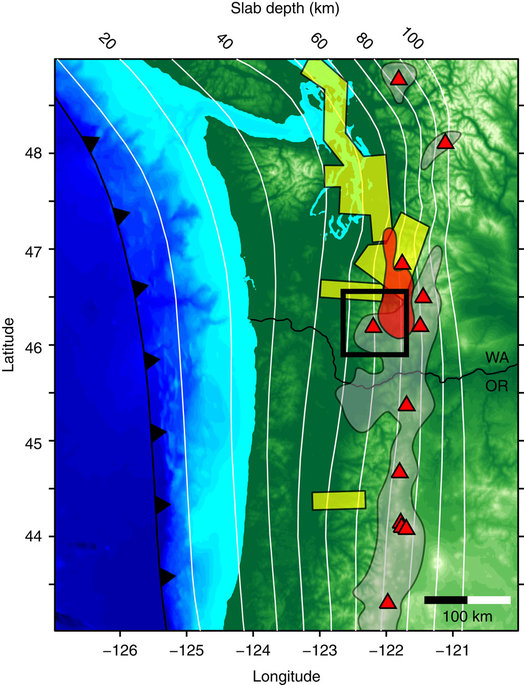 Says study author Steven Hansen, magma chamber from which the volcano receives its magma for eruptions, lies somewhere to the East, near other volcanoes Osadnik mountains. Perhaps it is in the area of the volcano Adams, where the temperature of the magma reaches 800 degrees Celsius. A new study raises more questions than answers. Scientists still have no idea what motivates the magma of the Cascade mountains over a distance of 50 km to cause an eruption of St Helens.

According to one version, this occurs as a result of deep earthquakes in the region, however, this model requires further study. Hansen and his colleagues will continue to monitor the tremors in the top in the hope that eventually the strangeness St Helens find their explanation.