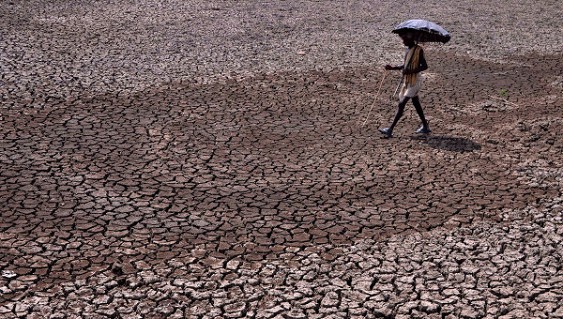 Climatologists have concluded that extreme weather events and climatic disasters will increasingly lead to wars in multiethnic States, especially in the middle East and Central Asia, said in an article published in the journal Proceedings of the National Academy of Sciences.

“Natural disasters, climate-related, have a special “explosive” potential, which manifests itself particularly tragic in ethnically heterogeneous societies. Climatic disasters do not cause these outbreaks of violence directly, but they can increase the risk of existing conflict. At first glance, this statement seems obvious, but we managed to prove that this is indeed the case,” said Carl Klaussner (Carl Schleussner) from the Institute of PIK in Potsdam (Germany).

In recent years, many climatologists and historians trying to understand how climate variations in past historical epochs, and even in the last few decades could affect the course of history. For example, they recently found out that cold in the 7th century of our era could have caused an epidemic of plague in the Byzantine Empire and lay the foundations of the power of the Arab Caliphate, and in the first third of the 13th century – to force the Mongols to stop the offensive on Europe.

Klausner and his colleagues proved that man-made and natural climate variations have greater influence on the multinational state than an ethnically homogeneous country, tracing how modern, natural disasters affect the economic performance of the country. In total, the researchers analyzed 30 years of life in all countries of the Earth and the reaction of their residents to climate shocks.

In this analysis, the scientists relied on two factors, how strong was climate change and anomalous phenomena, and how much time passed between them and the various political upheavals in those countries that were covered by these fluctuations in the climate.

It was found that approximately 10% of the armed conflicts that erupted during this time was related to or just enhanced climatic disasters that have caused significant damage to the economy of the affected countries, from 0.1% of GDP or more. If you take all conflicts, not only wars, then their share grows to 23%.

Interestingly, this connection between conflicts and climatic phenomena most strongly manifested in the countries, inhabited by several ethnic groups, or through which passed cultural and historical boundaries.

“We were surprised at how much this phenomenon has been observed in countries divided along ethnic lines, compared to States with a rich history of conflicts in the past, the high level of poverty, or a serious gap between rich and poor. We think that the ethnic sections serve as a kind of break lines, which diverge at the seams when there are additional factors such as natural disasters,” adds Jonathan Dongs (Johnathan Donges), a colleague of Klaussner.

Given that anthropogenic climate change will cause increased droughts, heat waves and other extreme weather events in coming years, scientists predict an even greater number of conflicts in Central Asia and the middle East, where a high vulnerability to climatic events combined with the presence of many multinational and multiethnic States.