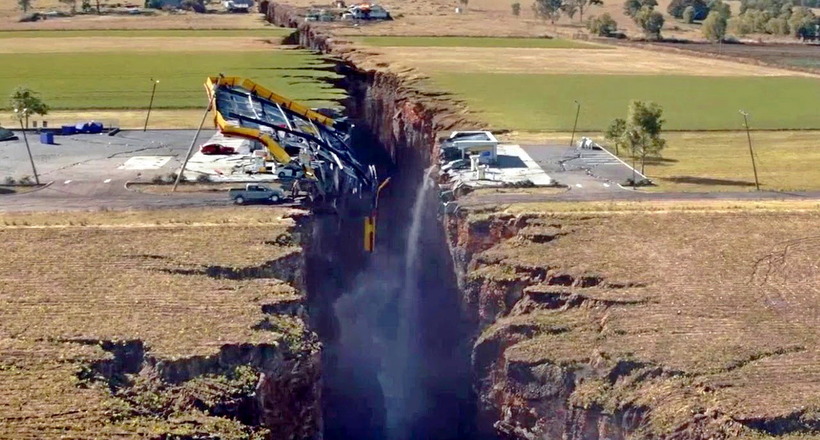 A series of recent earthquakes in California are just the beginning, a more devastating earthquake will occur in the next two years in the area of ​​the California city of Ventura.

Such a forecast was given by Samvel Akopyan, Director General of the International Center for Global Monitoring and Seismic Weather Forecast, leading research associate of the Coordination and Prognostic Center of the Institute of Earth Physics of the Russian Academy of Sciences.

In early July, two earthquakes occurred in the area of ​​the American city of Ridgecrest in California, the most powerful in 25 years – a magnitude of 6.4 and 7.1. On July 12, an earthquake of 4.9 magnitude occurred in the same area. At the same time, on the American seismic activity maps this place was not designated as potentially dangerous, despite the fact that experts expected seismic activity in California.

“The probability of earthquakes in this area of ​​magnitude 6 and above was estimated to be 1%. Moreover, they did not occur in the San Andreas fault, but on a branch towards the east. In this part there have never been powerful earthquakes. And this is not the end, but the beginning of the seismic activity in California, “believes Samvel Hakobyan. In his opinion, these earthquakes “changed the seismic situation and allow to recalculate where it will be and when exactly a stronger earthquake will occur.”

“The Americans believe that the earthquake will occur in the San Andreas fault. I am sure that the San Andreas fault is now closed and the earthquake is migrating to a branch, on the Ventura fault, which goes along the north of Los Angeles towards Santa Barbara. It will be 7, 8-7.9 points, the mechanism is vertical and it will happen within two years, until June 2021, “said the expert.