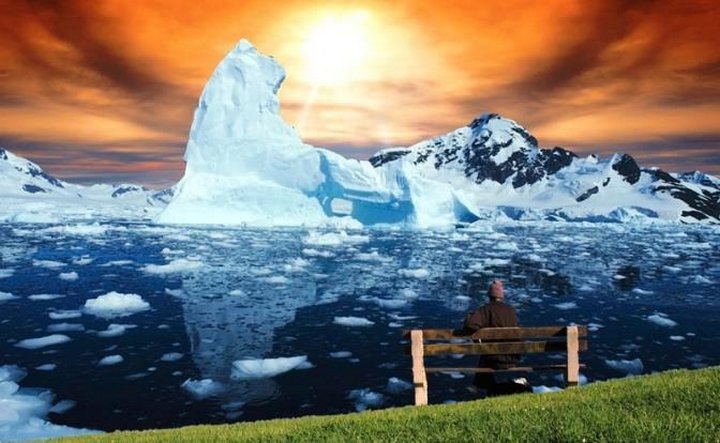 2016 became the warmest and this tendency of growth is fixed since 2014. Scientists from the USA and Ireland have published results of long-term researches in which the unfavorable conclusion on the future of mankind is drawn.

Scientists note that warming is distributed unevenly, for example in the Arctic it goes twice quicker, than in other parts of the planet. For example, in November, 2016 in the Arctic has been recorded temperature which by 20 degrees exceeded norm.

2014, 2015, 2016 – whether the 2017th will be the new champion on temperature increase on the planet? Climatologists consider that most likely it will occur, so the increasing of the global sea level – is inevitable.

Water temperature in the ocean is similar with interglacial period indicators, so the warmest period in the history of the planet for the last 800 thousand years is called. It existed on Earth about 115-130 thousand years ago. And then, the level of the ocean was 8-10 meters higher, than now, and air temperature was 1,5-2 degrees more. Scientists are sure that when Earth catches up with that period on temperature and it grows by these several degrees, glaciers will thaw and water level will sharply rise, having reached the level which was 120-130 thousand years ago.

The great flood is inevitable, but among scientists there is no consensus about terms of its approach. It can take decades,or hundreds and even thousands years. The climate of Earth is unpredictable and it is possible, that by some miracle the planet will manage to avoid catastrophic temperature increase, thereby having prolonged mankind life.

The western colleagues are supported by the Russian scientists who consider that if temperature in a northern part of the Atlantic Ocean increases by 3–4 degrees, then catastrophic thawing of the Greenland ice board will begin and global sea level in that case will rise at once that will cause the real natural disaster in the coastal states.

The Earth is already flooded. The last great Ice Age ended 11,600 years ago, and since then the oceans’ heights have increased by over 500 feet. And this new coastal flooding cannot be half as bad, because the old flooding was sudden, and caused by a polar shift. It is said that “rainbows” were a sign that the earth would never flood again, which is interesting because a rainbow only occurs when the sun is 40 degrees above the horizon rising east or setting west, because that is when UVA and UVC pierce the veil of the atmosphere and the light is bent by moisture in the air. Thus it can be said, that if the Earth were offset as it was before the polar shift and thus before the flood, that perhaps rainbows were not visible, although I’m not sure due to the fact that the Earth is spherical, and the tilting should not make any difference.