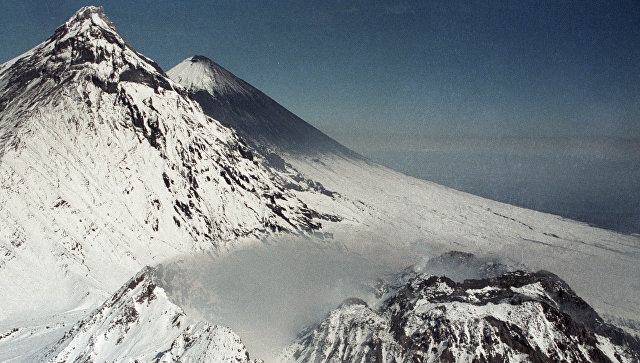 The strong volcanic eruption Anonymous, being one of the most active in the world, can occur on Kamchatka in the nearest future, the head of the Kamchatka group of response to volcanic eruptions (KVERT) of Institute of volcanology and seismology of the FEB RAS Olga Girina has reported.

According to her, seismic activity of a volcano has begun to increase since November 18, and on December 5 satellite data of KVERT have shown increase in temperature of thermal anomaly.

“On Tuesday, significant increase in temperature of thermal anomaly has been recorded December 13. It demonstrates that at top of a dome squeezing of blocks of a lava is probable that precedes a strong explosive volcanic eruption” — Girina has told.

It is noted that activity of a volcano gradually increases. At any time in the next few days there can be peplovy emissions on height to 15 thousand meters above sea level.

“Explosive eruption, and especially after such long silence, can constitute danger to aircraft. And not only for local airlines, but also for international. The raised “orange” code of aviation danger is established to a volcano” — the head of group has noted.

Anonymous is located approximately in 500 kilometers from Petropavlovsk-Kamchatsky on east coast of Kamchatka. Its height — 2,9 thousand meters. The last explosive volcanic eruption Anonymous has been recorded on September 1, 2012.

The catastrophic volcanic eruption Anonymous has occurred on March 30, 1955. Then columns of ashes have risen by height more than 40 kilometers, and mud streams have filled the Kamchatka River — the biggest river of the peninsula. After this eruption in the USSR regular observations of activity of volcanoes have begun, specialized scientific institutions have been created, and the Day of the volcanist began to be celebrated on March 30.