Scientists propose to accelerate the spread of the virus zika 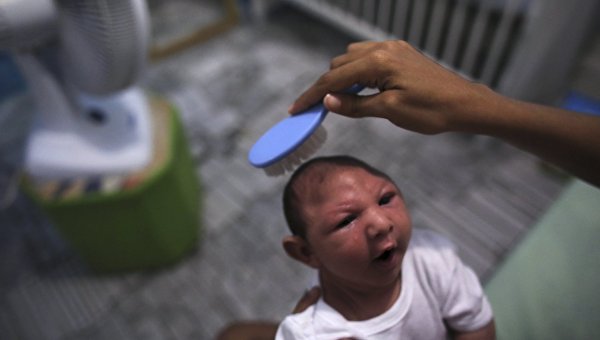 An epidemic of zika fever in Latin America “burn out” itself in three years and it will hardly be possible to keep using existing measures and epidemiological monitoring — the move can only accelerate to it faster ended, say British scientists in an article published in the journal Science.

“The current explosive epidemic of zika virus has run its course as a result of the phenomenon that we call “tribal immunity.” The virus can infect the same person twice because of antibodies that produces the immune system, and therefore, after some time, the epidemic will be in a situation where the number of people it can infect, would be too small to maintain it,” said Neil Ferguson (Neil Ferguson) from Imperial College London (UK).

Ferguson and his colleagues came to this conclusion after analyzing the current situation in Brazil and in other countries of South and Central America covered by the zika fever, as well as examining possible means of combating the infection and ways of its distribution.

All these data are British epidemiologists used to create a computer model of the “expansion” of zika virus in the coming months and years. This model showed that within three years the epidemic will end, and the repetition of similar outbreaks of zika fever in the near future is extremely unlikely.

“Our model shows that large-scale outbreaks and the spread of the virus will not arise, at least in the next ten years, while in the region will not grow a new generation of people, not saragassa previously zika virus. In this respect, the zika fever similar to other diseases such as the epidemic of Chikungunya virus large outbreaks are interspersed with periods of calm,” — continues scientist.

According to Ferguson, the further spread of the virus, Zeke is unlikely to avoid or to limit, even if try to destroy its main carriers – mosquitoes of the species Aedes aegyptii. As the scientist, the authorities of Brazil and other countries have tried to deal with these insects during outbreaks of dengue fever, but nothing serious has not happened.

Moreover, containment of the epidemic now may only worsen the situation – Ferguson offers to follow the tactics of “scorched earth” and not to hinder the spread of the virusthat will narrow the potential number of victims in the future and will accelerate the coming of the end of the epidemic.

The rapid end to the outbreak of the virus, Zeke, on the other hand, will create additional problems for scientists – in two or three years, when the first clinically approved vaccine, they will have relatively few opportunities to test them in “combat” conditions. For this reason, Ferguson and his colleagues propose to create a special test centers in the countries of Latin America, where such experiments can be initiated with the consent of local people, virtually instantaneously, bypassing all bureaucratic procedures.