Scientists warn: Iceland’s most active volcano is on the verge of eruption 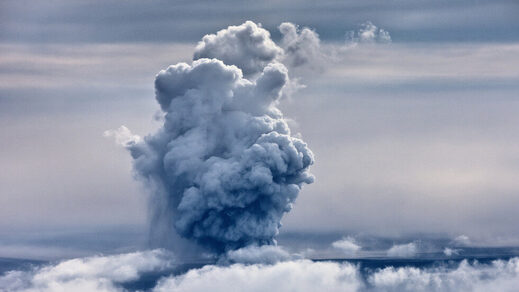 Scientists in Iceland have raised the danger level for the Grimsvotn volcano, warning that there are now several signs that an eruption could soon occur.

The volcano experienced an unusually powerful eruption in 2011, spewing a 20-kilometer column of ash into the air, but was overshadowed by a minor eruption of the Eyjafjallajokull volcano last year, resulting in the cancellation of nearly 100,000 flights, resulting in unprecedented disruptions.

Recently, the volcano was observed to “swell” as new magma re-enters the chambers below it, and as a result, the increased thermal activity has melted more ice. Local earthquake activity has also increased, which together suggests that an eruption may soon occur.

Seismologists now anticipate powerful earthquakes that can last up to 10 hours, signaling the ejection of magma to the surface and an imminent eruption.

An eruption event similar to the scale of 2011 will exacerbate an already dangerous situation for the aviation industry, which has been hit by the coronavirus pandemic.

Volcano Grimsvotn is hidden under an ice sheet, with only one old mountain range open on the south side, where the most recent eruptions took place. Grimsvotn has experienced at least 65 eruptions in the past 800 years, making it the most frequently erupting volcano in the country.

The volcano’s heat output has increased dramatically in recent times, raising the level of danger, and it is now extremely high, melting the surrounding ice and creating a large hidden lake of melt water at a depth of about 100 meters below the 260 meters thick glacier above it.

This poses a hazard to nearby infrastructure, as melt water can escape without warning, passing through underground volcanic tunnels before reaching a distance of approximately 45 km. The passage of water through these tunnels is now monitored to prevent loss of life in case of flash floods.

However, these flash floods also dramatically reduce the pressure on the volcano itself and could even trigger a full-scale eruption.

Fortunately, due to the ice cap at the top of the volcano and the reservoir of melt water below it, the ash that will erupt from the volcano is likely to be immediately humidified.

While air travel will be disrupted, hopefully it will not be on the same scale as the Eyjafjallajokull event, although volcanic activity is notoriously difficult to predict, as evidenced by the 2010 eruption that took the world by surprise.