Scientists warn of an inevitable mega-earthquake in Japan 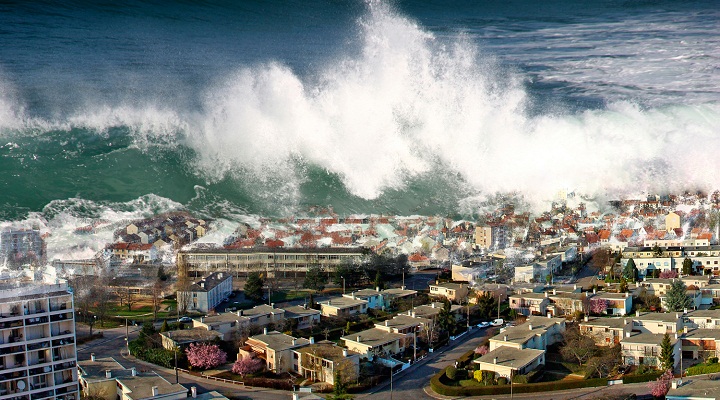 Scientists predict a catastrophic earthquake that will occur in the Suruga Bay, and tsunami up to 10 meters, fall on the coastal city of Shizuoka, Hamamatsu and other settlements of the island of Honshu, which will be erased from the face of the earth.

Professor Kawata, an expert on earthquakes from the Kansai University in Osaka I am sure that in the next 30 years an earthquake, magnitude of which is not less than 9 points on the Richter scale. Japan is not to avoid disaster, but it will happen tomorrow or in decades impossible to predict.

The Professor said that studies have confidently shown the future epicenter of the cataclysm – Nankai submarine trough, which is located 900 km from the coast. 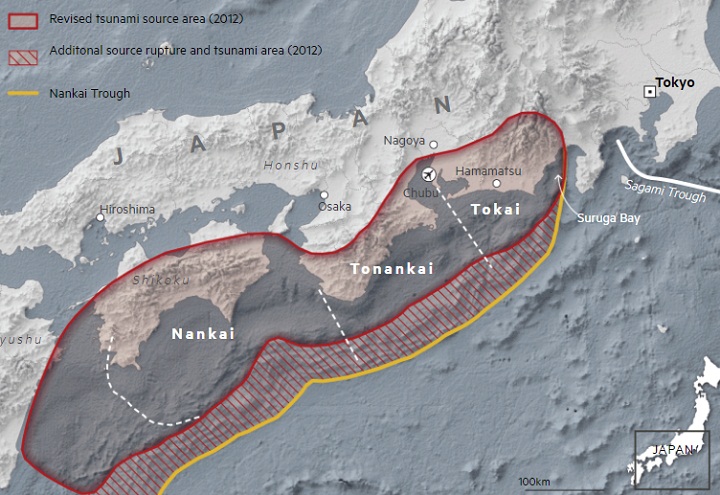 With Professor Kawata agrees Professor Kimiro Meguro of Tokyo University. He believes that a catastrophic earthquake will inevitably happen and the only question is when. If this happens now, you will die a hundred thousand people, and a large part of Japan will simply go underground and will be flooded by the ocean.

Earthquakes in the Nankai trench happen every 100-150 years, and the chute is divided into three parts – Nankai, Tenancingo and Tokaj. From the 1940s in Nankai Councilceu and parts recorded a powerful earthquake, but the Tokay part remains calm for 158 years, and new cataclysm has come. 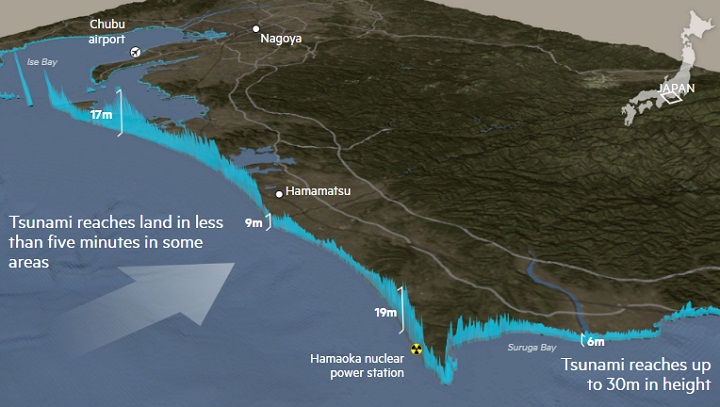 The estimated height of the tsunami

When there is an earthquake, tsunami wave height of 10 meters dostigat of Shizuoka Prefecture in just 5 minutes and the evacuation of the population over a period of time is simply impossible. According to scientists, this earthquake will destroy approximately 323000 people, of which 230000 are gonna die from a tsunami, 80000 collapsed houses and 10,000 from fires.