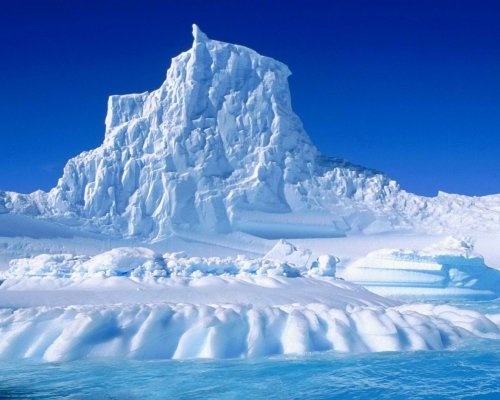 NASA experts became interested in the question why the number of sea ice of Antarctica is increasing gradually on the background of a sharp loss of glaciers in the Arctic ocean.

Scientists from the US used satellite radar to measure the surface temperature of the seas, the earth and the depths of the ocean. Experts studied the processes that influence the properties of ice in Antarctica. Experts have identified two geological factors – topography and ocean currents.

These resources have influenced the development of the sea ice cover in Antarctica, and help to support it. All the processes that have been observed in this area are fully consistent with geophysical characteristics. However, these factors, scientists have not identified in the South polar region. Every year in February, the ice of Antarctica is retreating by about 17 %.

For several years experts have tried to explain such behavior of sea ice in this region, putting forward various hypotheses. At the moment, scientists continue to study this issue. In the study, experts analyzed data from NASAs QuikScat satellite, which were obtained in the period from 1999 to 2009. Thus, experts have traced the path of movement of glaciers in Antarctica.

The growth of ice was observed in 2008, and focused on what scientists. The results showed that the ice in the sea is stored at the beginning of the season, after which it carry the wind to the North, forming a protective shield. In addition, the scientists used radar QuikScat to classify the Antarctic ice.