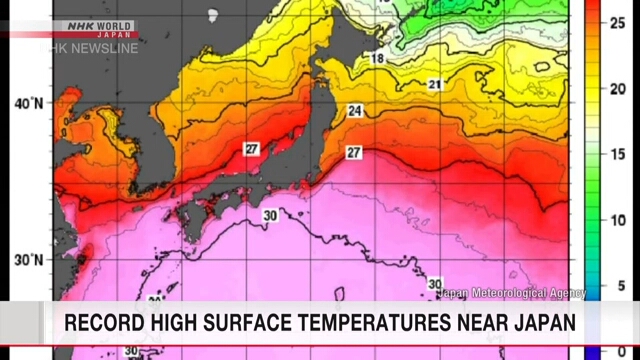 According to Japanese meteorologists, in August, the sea surface temperature in the country was the highest on record.

The Japan Meteorological Office reports that the average water surface temperature on the Pacific side of eastern and western Japan, as well as the southern islands of Okinawa and Amami, was about 30 degrees Celsius last month.

In some areas, temperatures have been the highest since such statistics began in 1982.

In the area east of Okinawa, the average water surface temperature was 30.7 degrees, which is 2.1 degrees higher than usual. In the waters around the Shikoku and Tokai regions, temperatures were 1.7 degrees higher, while in the sea southeast of the Kanto region, it was 1.6 degrees higher.

The Meteorological Office said the rise in temperatures was caused by the Pacific Ocean’s high pressure system extending towards Japan, covering the sea surface with warm air. They noted that typhoons spread far west of Japan, leaving the sea water warm and pristine.

Representatives said that high sea surface temperatures by the end of September would lead to the rise of large volumes of water vapor, which would contribute to the development of typhoons.