Season of fires in Australia is gaining momentum 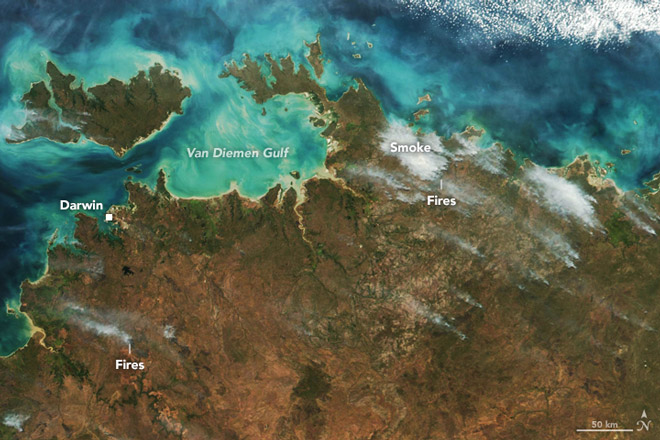 During the dry season from April to December, the lands of the Australian Northern Territory are everywhere covered with fire. On the first picture, received by the NASA satellite “Aqua” on June 5, there are fires in the forest areas of the peninsula Arnhem Land. The second image received on June 6 shows an grassy fire to the southeast of Lake Argyll in the Tanami Desert. 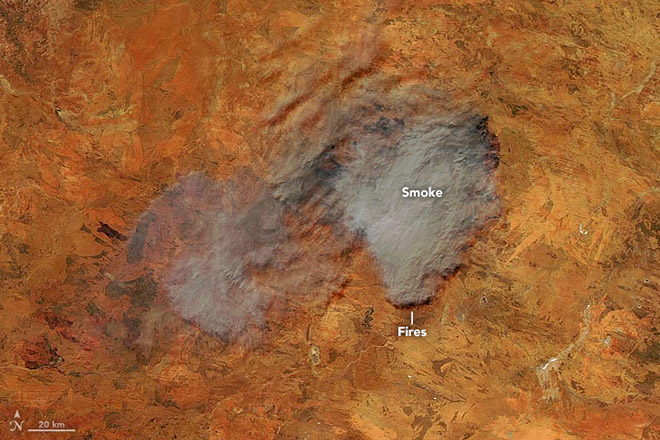 The type of burning vegetation varies depending on the latitude. In the coastal areas, where the greatest amount of precipitation falls, eucalyptus forests predominate. Pasture meadows are common in the more dry areas located farther into the country.

Most of the fires in the Northern Territory are caused by people. Indigenous Australian communities often use fire in agriculture, for cleaning roads and for other purposes. Extremely dry weather in May made the vegetation easily flammable. Although the number of fires on the peninsula is quite large compared to other areas of Australia, it is still slightly below the average for April-July, explained Rick McGray, a risk analyst in the Australian capital government.