Seismic activity of the Yellowstone SUPERVOLCANO for may 2016

June 1, seismographic station, responsible for the analysis of seismic activity in the area of the Yellowstone Caldera, released data in may 2016. According to the report for the month on the territory of Yellowstone have been 72 earthquakes.

The most powerful of recorded earthquake, was an earthquake of a magnitude of 2.5 points on the Richter scale, occurred on may 27. The epicenter of the earthquake was located 9 km from the town of West Yellowstone. 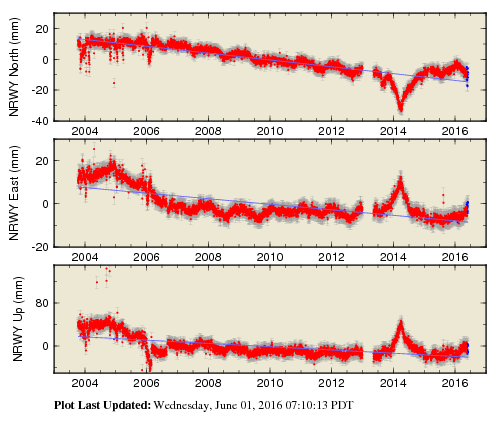 The report noted the continued deformation of the surface of the earth near the volcano Caldera, which has a tendency to increase at a rate of 5 cm per year. At the same time, according to the Caldera GPS station recorded a slow subsidence of the earth’s surface at a rate of 1.5 cm per year. According to the conclusions specified in the report, seismic activity and ground deformation at this point is within historical norms.