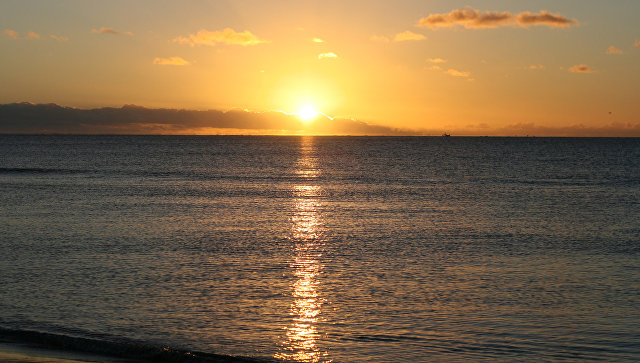 Specialists of the Pacific center of the prevention of the tsunami (PTWC) removed the tsunami formation threat entered after the strong earthquake at the Fiji Islands.

Earlier it was reported about possible tsunami formation in a radius of 300 kilometers from earthquake epicenter along coast of Fiji.

“There is no threat of a tsunami because of this earthquake any more” — it is said in the message of PTWC. In it it is also noted that slight fluctuations of level of the sea in some coastal areas near epicenter within several clocks are possible.

According to the specified data of Geological service of the USA (USGS), the Fiji Islands had earthquake measuring 6,9. The center lay at a depth of 17,1 kilometers.

Before USGS reported that the earthquake measuring 7,2 occurred in the southern part of the Pacific Ocean near the Fiji Islands. Pushes were recorded on 21:52 Tuesdays on UTC time (00:52 Moscow time of Wednesday). Epicenter of an earthquake settled down in 221 kilometers to the southwest from Nadia’s city on the Fiji Islands. The center lay at a depth of 15,2 kilometers.