September 2016 was the hottest in 136 years of weather observations 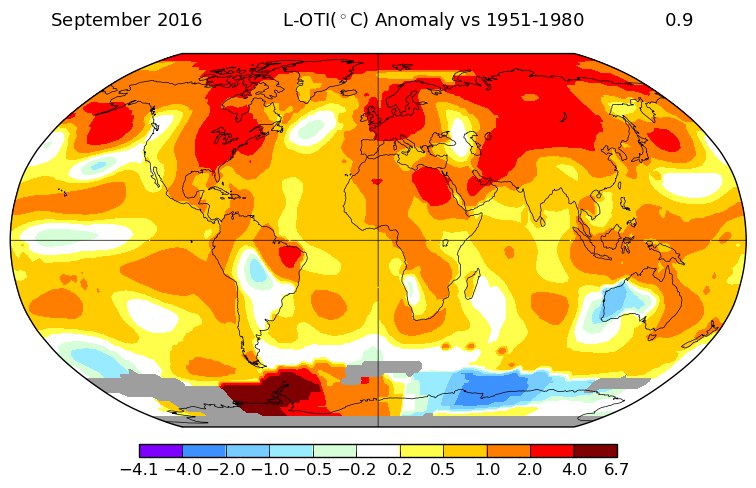 Space research Institute, NASA’s Goddard. It should be noted that the record for temperature readings was 11 months, starting in October 2015.