Seven dolphins beached on the island of Newfoundland 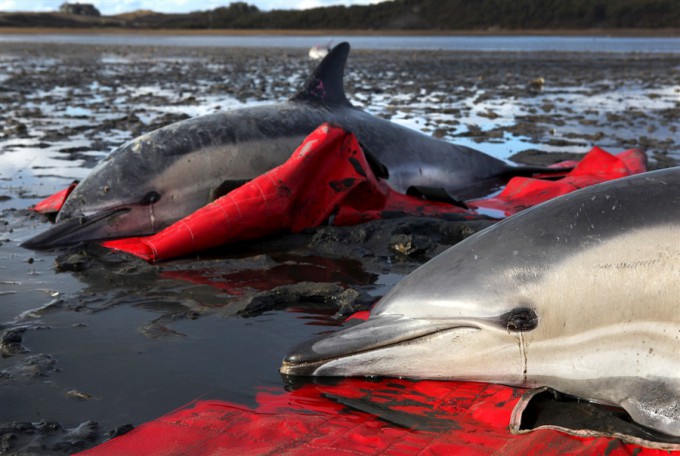 Seven dolphins were found dead in a small fishing village on the canadian island of Newfoundland. The Ministry of fisheries and oceanic studies of Canada stated that Pacific dolphins died in the Gulf of Boyds Cove 60 km North-West of the town of gander in Central Newfoundland. The storm hit across Atlantic Canada. The animals were healthy.

“The dolphins probably jumped on shore, disoriented because of the stormy conditions,” the Ministry wrote on Twitter.

Delilah Perry said that he noticed one Dolphin with a length of about 2.7 meters on the beach behind his house during low tide.

“The water level was very low, there were lots of stones, and the wind brought him here, and he was right under my lawn, says Perry. — I have racked my brain all day… How am I supposed to get this huge fish from your yard?”

Four or five men tried to help the other dolphins being found nearby, but to no avail.

Last week, six dolphins were released into the open sea near the town of Lamac in the province of new Brunswick after they spent in shallow water for over a week. The seventh Dolphin was killed.