Seven people are missing because of a landslide in Thailand 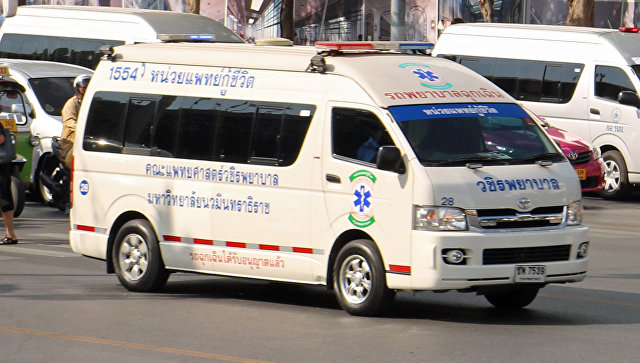 Seven Myanmar refugees were missing, 16 more were injured as a result of a landslide that descended on a refugee camp from Myanmar in Mehongsong province in northern Thailand, an online version of the Bangkok Post newspaper reported on Monday, referring to the provincial authorities.

The landslide, which consisted of soil and stones mixed with water, descended from the mountain to the territory of the refugee camp in the Sop Mei district of Mehongsong province on Sunday evening, the report said. No details about the wounded and missing local authorities do not lead, only they say that the victims received medical assistance, the newspaper writes.

In the refugee camp in the Sop May area, one of dozens of camps that have been inhabited for decades by refugees from the border regions of Myanmar, where there has been a civil war for a long time, live about 9,000 people, mostly belonging to the Karen national minority of Myanmar, .

In the area of ​​the camp, a search and rescue operation is under way, the ruins that were left on the site of the residential buildings demolished by the landslide are being disassembled.

The landslide was caused by strong seasonal downpours that continued for more than three days in many parts of Thailand and caused flooding to a depth of 50 to 80 centimeters of significant areas in six of the 77 Thai provinces. Over 15 thousand people were affected by the floods these days.

The intensification of seasonal rains is associated with the influence of the tropical typhoon Mangkhut, which last week caused the death of 28 people in the Philippines and caused significant destruction in Hong Kong and other regions of southern China. Thailand’s weather forecasters warn of the danger of floods and landslides, which will continue until next Thursday due to continuing rains.