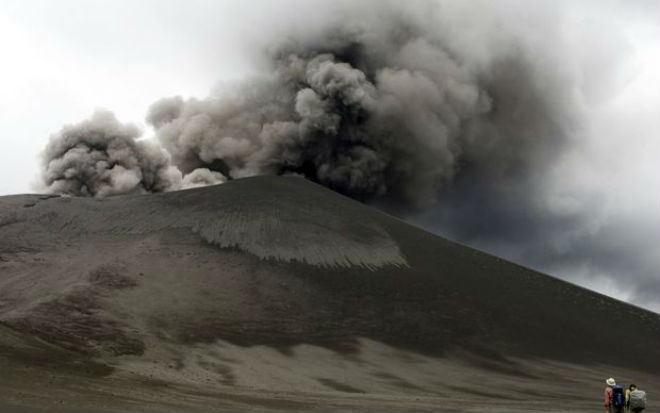 While the Vanuatu government is preparing to evacuate the inhabitants of the island of Ambae after increasing volcanic activity, volcanoes on other islands also show increased activity.

The Manaro-Vui Crater has been awarded the third of five threat levels due to the giant’s rampage, which may affect 11,000 inhabitants of the Ambae Island. Authorities call for people to evacuate.

On the neighboring island of Ambrim there are warnings of the second level in connection with the eruptions from the craters of Benbow and Marum. People’s health is threatened by the gas being thrown away.

The Gaua volcano, located on the island of the same name, is also in a state of “excitement”, a second-level warning is announced about the threat.

The Lopevi volcano, located on the island of the same name, is also at the second level of threat, but it is not dangerous for people’s lives, since the island was sparsely populated after mass evacuations in 1939 and 1960.

The main tourist attraction of Vanuatu, Mount Yasur on Tanna Island, also continues to show increased activity, as it has for many years.

Vanua Lava volcano, which is located on the island of the same name, is at the first level of threat. Approaching the crater is prohibited.