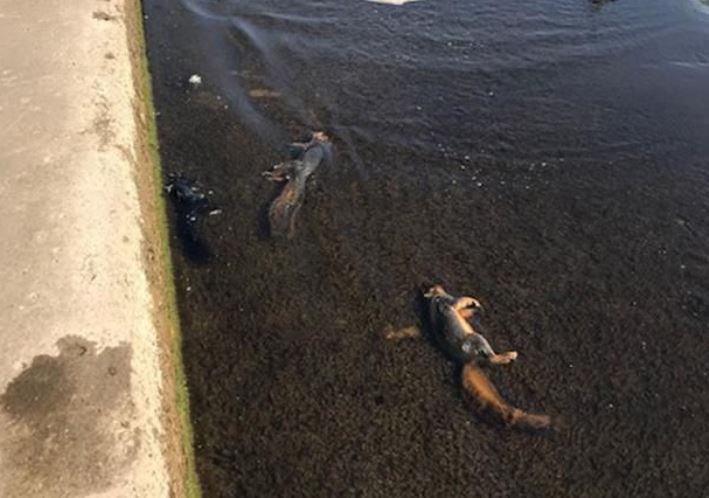 Approximately every few decades, dozens of dead squirrels are carried in waves to the shores of Lake Michigan. Biologists still cannot understand what caused this strange, rare phenomenon. Several hundred dead squirrels have been found on the beach in recent days.

Visitors to the Grand Haven public beach on Lake Michigan have been facing a disturbing sight in the past few days. Lots of dead squirrels are scattered across the beach.

Dead squirrels are collected daily, but the waves are throwing more and more bodies onto the beach. Experts are expressing cautious versions of what could have happened here.

According to one version, the squirrels suddenly decided to cross the Grand River, which flows into the southeastern shore of Lake Michigan, in order to get into the Grand Haven National Park and drowned.

Why they did this is unclear. There is a theory linking their behavior with the approaching onset of winter.

During the 20th century, from time to time, accumulations of squirrel corpses were found in these places, but this phenomenon is very rare here and still has no official explanation. Therefore, the new squirrel anomaly alerted and even frightened many local residents.

Biologist Nick Keleis tries to reassure people by stating that this has already happened in the past and usually does not last long, and that while it is very unpleasant to see dead animals, there is nothing to worry about.

The last time a massive release of dead squirrels onto a Michigan beach occurred 15 years ago. And before that, a similar phenomenon happened in 1968. These strange intervals do not yet fit into any natural migration cycles or natural fluctuations in population size.

2020 is a real disaster not only for humans. Birds, whales, squirrels and other animals die in droves. The causes of many deaths are unclear.