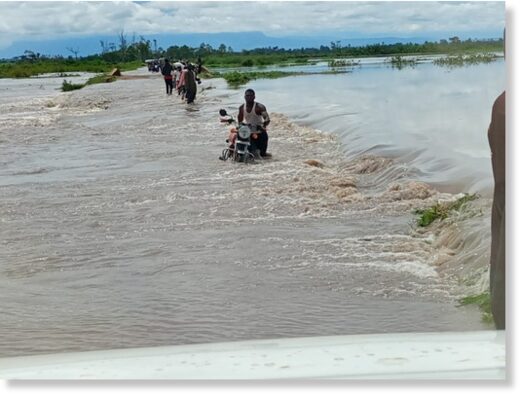 Thousands of people were affected by flooding in Uganda’s Eastern Region after torrential rains caused rivers to burst their banks.

Flooding has been occurring in Butaleja District in Uganda’s Eastern Region since about May 06, 2021. Two days of heavy rains caused the Manafwa and Nakwasi rivers to burst their banks.

Houses were damaged and thousands of residents were displaced or severely affected. Crops were destroyed and several roads were blocked, disrupting transportation and life support. One person is missing, presumed dead.

A local official said it was one of the worst floods seen in the area. He said areas of seven sub-districts in the district were flooded, and as many as 15,000 families were estimated to be affected.