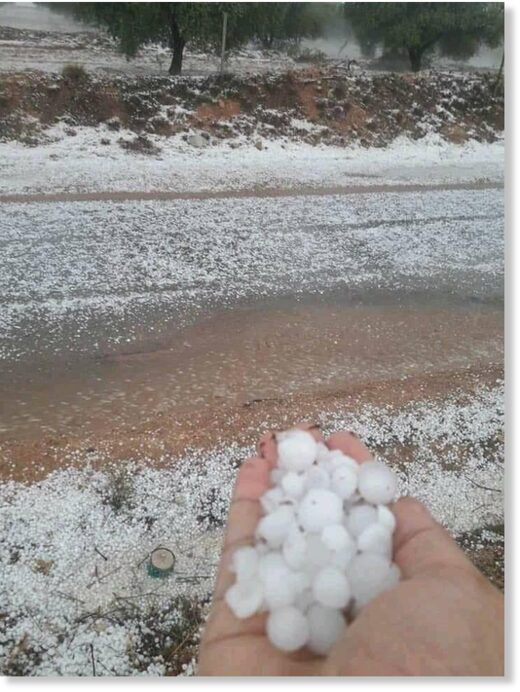 An abnormally large hailstorm and hurricane struck Libya, specifically the city of Misrata, which is the third largest city in the country.

The thunderstorm was accompanied by heavy heavy rain, hail and gale force winds.

During the day in the city 30 mm of precipitation fell, as eyewitnesses reported in social networks, gusts of wind broke trees, the minaret of one of the mosques fell, and several cars were damaged by falling trees.

But the biggest damage was caused by hail. The hailstones falling from the sky were up to 15 cm in diameter. They easily pierced the roofs of houses and damaged cars; a total of about 100 cars were damaged in the city.