Shallowing of canals in Venice 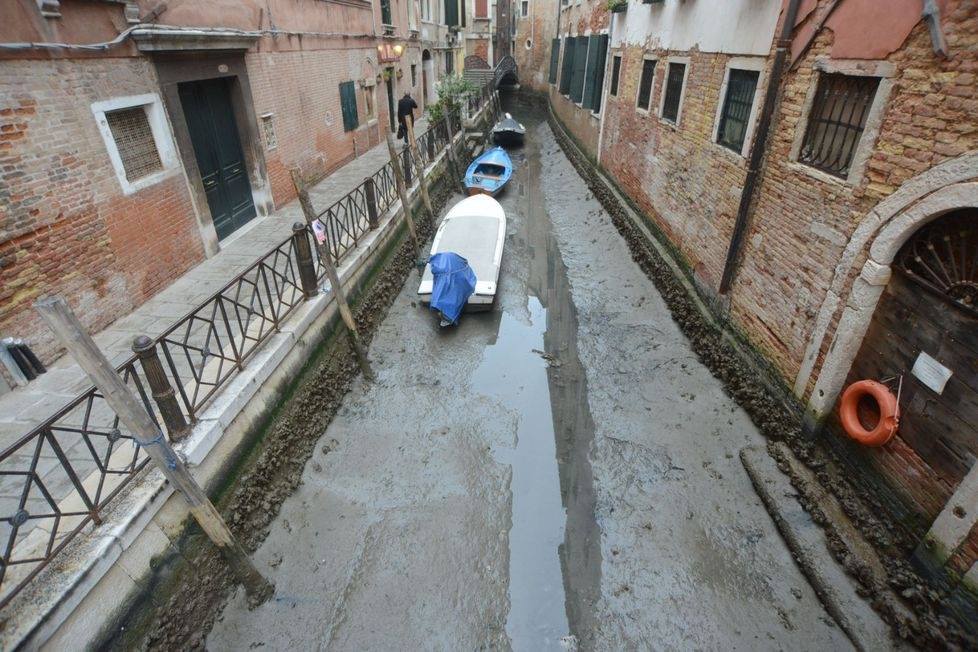 Many tourists who came to Venice this week to participate in the world famous carnival, were disappointed: the legendary city channels are so shallow that the gondoliers had to temporarily suspend the famous water skiing.

Local media published numerous photos on which the “Pearl of the Mediterranean” appears in a completely unexpected form. Brilliant black gondolas literally lie on the muddy bottom of small canals or moored to the quays directly on dirty ground.

Naturally, the water movement on the Grand Canal continues in the usual way, but here it was not possible to visit the hidden corners of the ancient city on gondolas to many tourists.

The phenomenon of severe shallowing of Venetian channels has been observed for the third consecutive year. So, on the eve of the new year 2017, the water level in the Venetian lagoon, and then in the urban canals, due to the strongest outflow, dropped 66 cm below sea level. However, in the history of Venice there were moments when it was even lower. So, for example, in 1934 he fell 121 centimeters. The reason for this phenomenon, observed mainly in the winter, is a combination of weather factors, in which high pressure and high ebb and flow are accompanied by low precipitation. 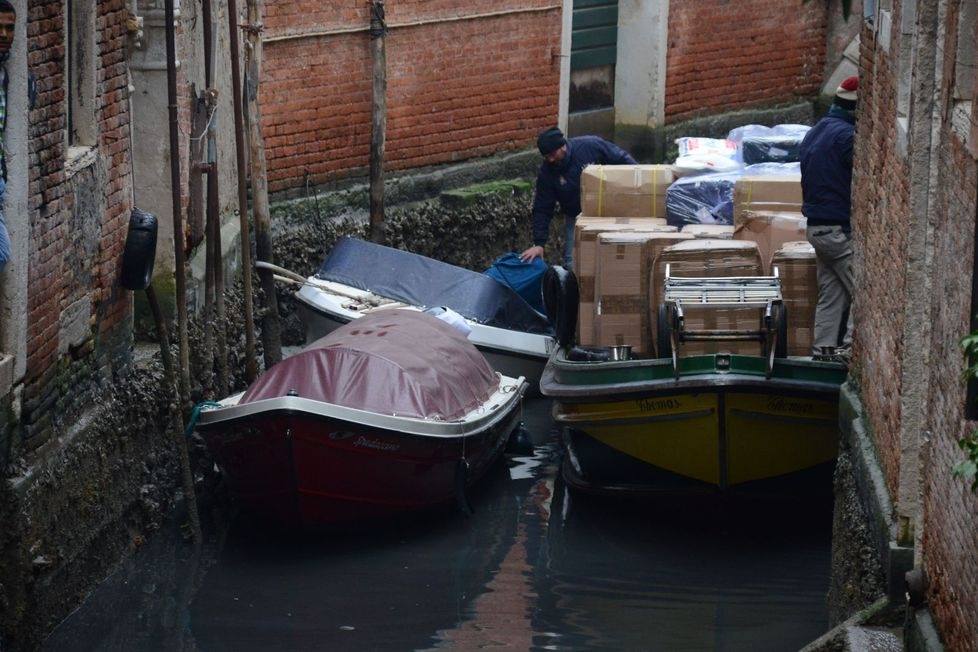 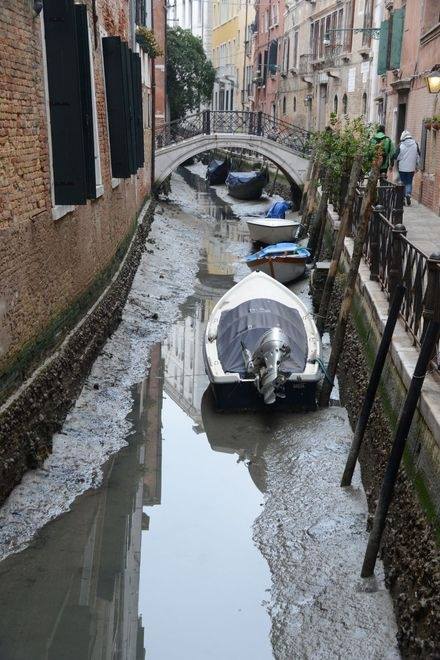 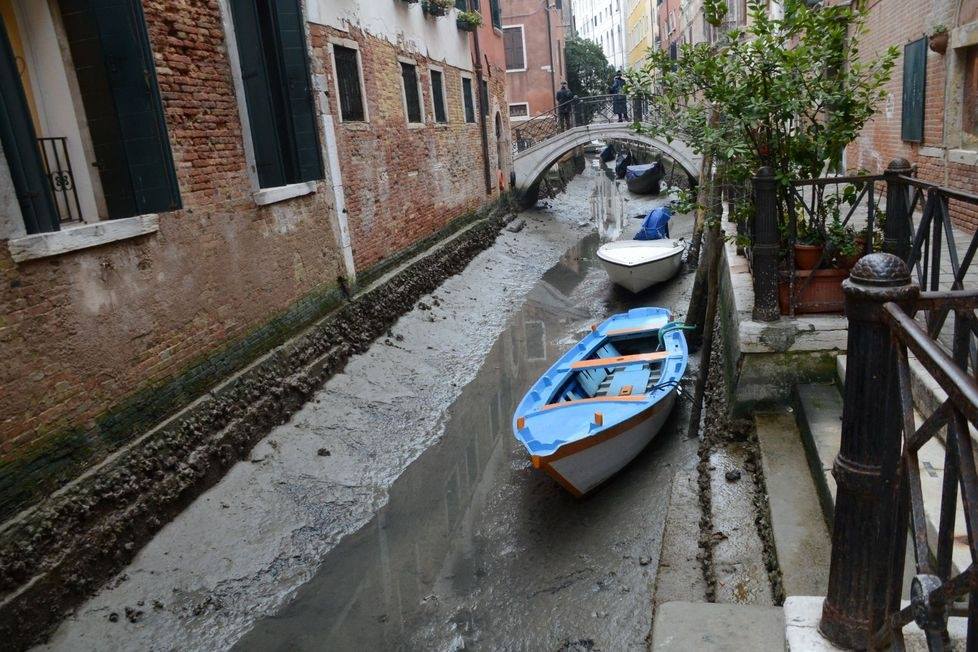 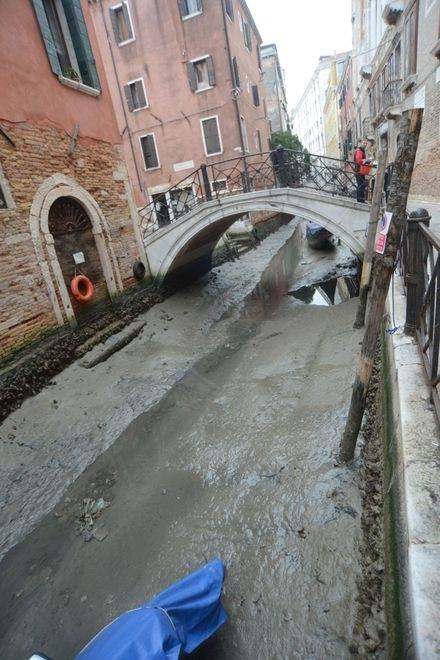 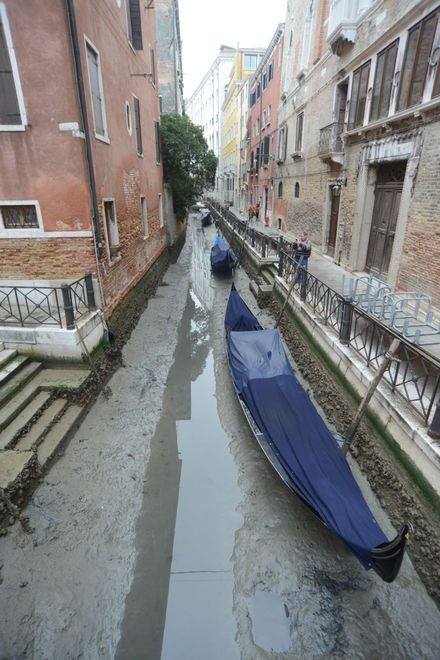