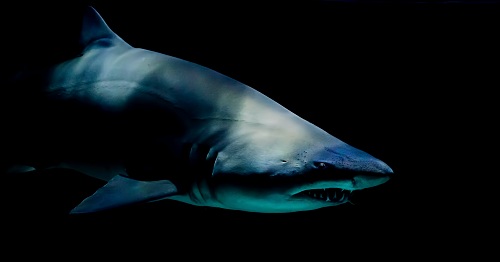 Western Australian police have stopped searching for the body of a 52-year-old surfer who was attacked by a shark. This brings the number of deadly shark attacks to seven in a year, a record for unprovoked attacks since 1934.

Seven deaths are well above the 50-year Australian average of 1.02 deaths per year. “In some cases, it looked like the shark was keeping close to the victim and attacking, biting more than once, which is not typical for great white sharks,” says marine biologist Blake Chapman. “When they bite more than once, the likelihood of death increases as the person experiences a lot of blood loss.”

Dr. Chapman noted that multiple bites may indicate sharks are beginning to treat humans like prey. Another factor influencing the behavior of predators could be the weather.

The Australian Met Office recently announced that the surface of the Pacific is cooling and the waters off the northern coast of the continent are warming, which could affect the migration patterns of some fish. For example, salmon followed by sharks.

However, scientists note that the data is scarce, and this makes it difficult to determine the true reasons for the more frequent shark attacks on people this year: in January, an experienced diver was killed by a shark in the waters of Western Australia, in April a ranger was killed at the Great Barrier Reef, in June in the north A 60-year-old man died from a shark in NSW, a teen surfer died in July after being bitten by a shark in the same area, in September a 46-year-old surfer died for the same reason near the Gold Coast in Queensland, and now the same fate befell a 52-year-old surfer.

As noted by Dr. Andrew Chin of James Cook University, the number of attacks remained at last year’s level: “It’s just, unfortunately, that bites have resulted in more deaths this year.”