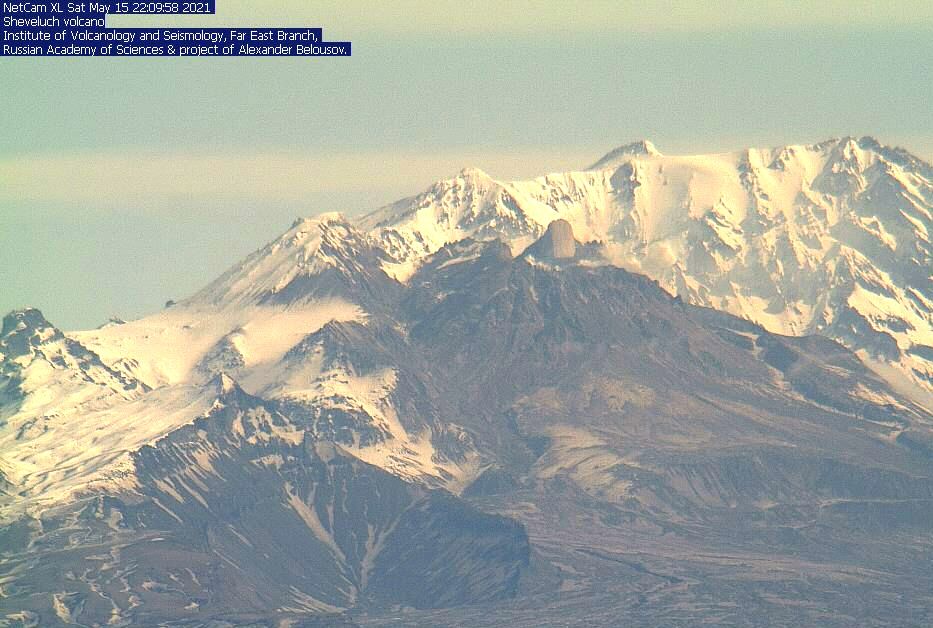 Observations from webcam of volcanological observatory KVERT from May, 15th have confirmed presence of new lava dome.

The lava dome grew out of the active lava dome and formed a “dome on top of the dome”. The extruded lava dome stands out for its spectacular and highly unusual, smooth, egg-shaped shape, exactly like the previous lava dome.

This extremely smooth, curved outer surface indicates that the magma oozed at a very stable rate, not exceeding the plastic deformation limits of the viscous lava erupted, i.e. not causing any ruptures, as is common with lava domes, giving them an often indented outer shape (like the old parts of Shevelukha Dome, into which the new egg-like structure has now embedded itself).

Volcanologists estimate that the lava of the new dome has a dacite composition (a type of magma rich in silica and very viscous).