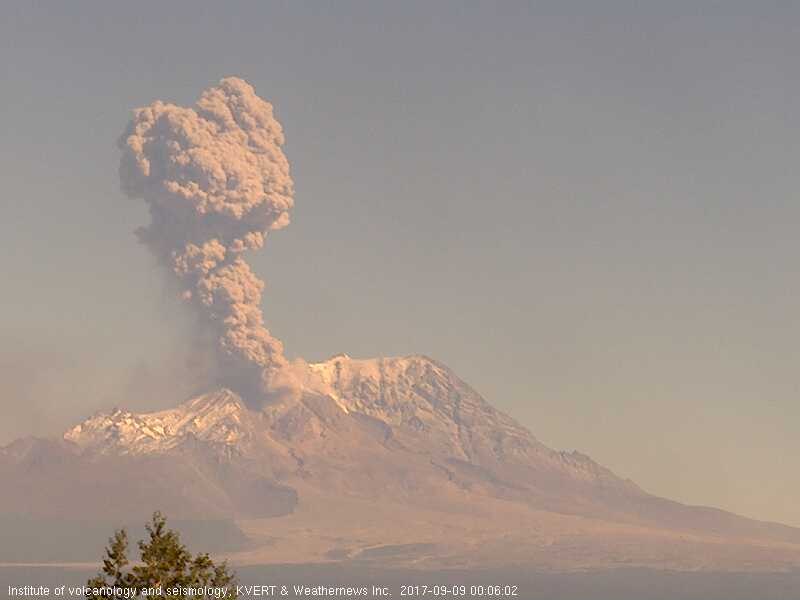 In the morning of September 9, Shiveluch volcano twice threw ash columns up to 7 km above sea level. Explosions continue to destroy the dome of the volcano.

Taking into account the direction of the wind, the first ash plume spread to 38 kilometers in the north-north-east direction from the volcano towards the Gulf of Ozernaya.

On the way of its distribution there are no settlements. The second ash release occurred in an hour. The train stretches for 85 kilometers to the north. According to the Ministry of Emergencies, ash deposition in populated areas of the province is not fixed. The volcano is assigned an “orange” (elevated) aviation hazard code.