Smog choking the capital of Mexico 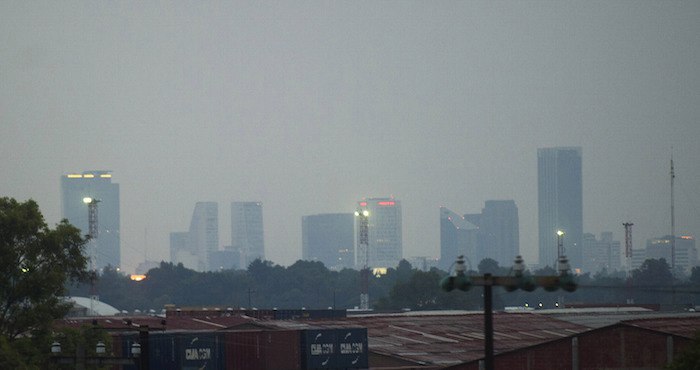 In the capital of Mexico, Mexico city, authorities for the third time in two months announced the first environmental alarm that is connected with bad air quality in the city.

According to the Commission on environmental environment of Mexico, formed in early April, there were introduced special restrictions on the use of personal vehicles for car owners. In addition to motorists, restrictions apply and industrial enterprises city — factories must reduce emissions by 30-40 %, even if this will affect the volume of production.

The alarm was announced in Friday, it is noted that the development of the situation affected by weather conditions — in the Central part of the country influenced by the weak wind and the system high pressure. These factors combined with strong solar emission and movement of pollutants in the South-West, where the valley of Mexico, led to the formation of high concentration ozone — more than 150 points. In district of Gustavo Madero ozone concentration totaled 168 points. Authorities advised residents not to leave their homes unnecessarily and not to play sports on the street.

First ban associated with high levels of air pollution, was introduced in Mexico city on 5 April. Then the authorities banned motorists to use the car in the city one day a week and every Saturday. Also it was forbidden to burn garbage in open areas, and municipal the services banned to repair the road surface. On may 2 came into force second ban for cars with numbers that end to certain numbers — the limitation of implied prohibition of the use machines every Tuesday. This prohibition applies to hybrids and electric cars. However, according to the head of the city government of Miguel The angel Mancera, the fines and penalties for car owners is not provided — the prohibitions are in the nature of recommendations.

According to experts, poor air quality in the capital region each year, resulting in the death of about 22 thousand people.