Smoke from forest fires in the US reached Europe 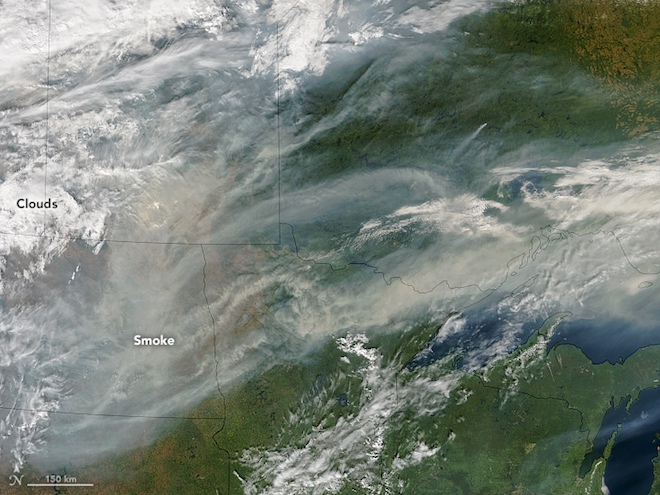 On Tuesday, September 5, residents of the Pacific Northwest watched ashes fall from the sky like snow. When he reached the ground, the fires that blazed in the west of the US and in Canada once again raised him with smoke high into the atmosphere. Part of the aerosols reached Europe. 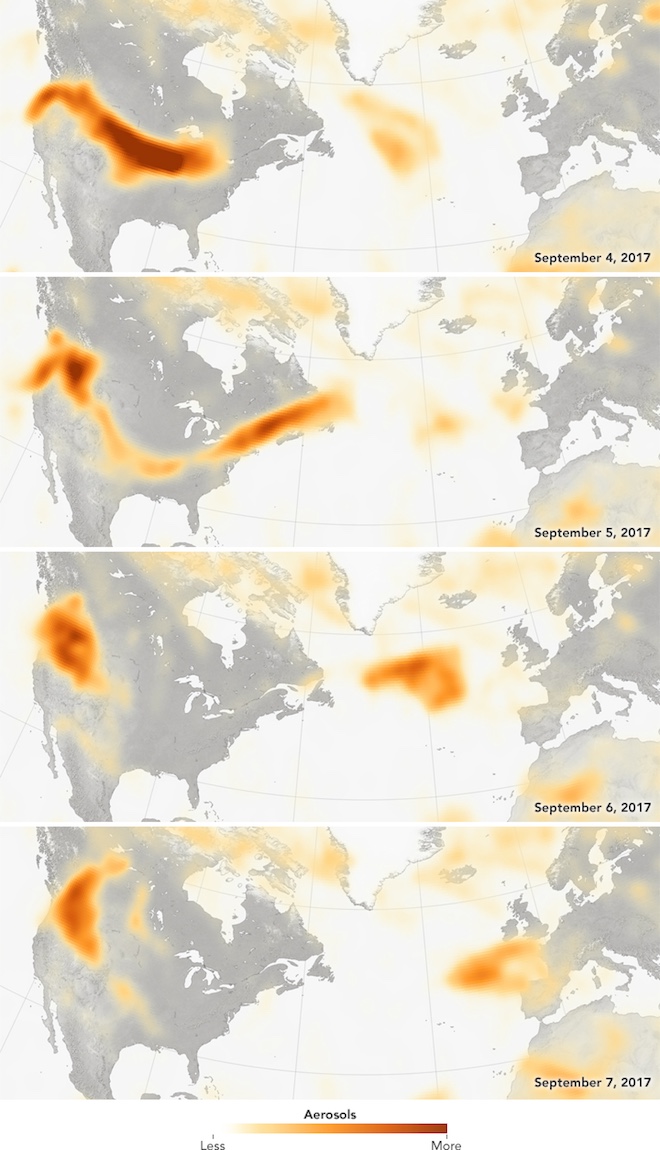 During all days, high concentrations of aerosols arose over their sources in the northwest Pacific. But the prevailing winds captured high-altitude smoke aerosols and carried them eastward across the continent. On Monday, September 4, the smoke spread to the southwest of the USA, reached Newfoundland on September 5, and on September 6 a cloud of smoke was clearly visible in the middle of the Atlantic Ocean.

“As you can see, the cloud of smoke on September 6 is part of a long stream of smoke flying across the Atlantic,” said Colin Seftor, of NASA’s Goddard Space Flight Center.

On Thursday, September 7, smoke arrived in Ireland, Britain and Northern France. These aerosols are high in the atmosphere, so they do not pose a serious threat to air quality on land and human health. But this case clearly demonstrates how events on one continent can influence other parts of the world.

Forest fires burned long before these cards were compiled, and continue to burn even now. The image in natural color shows the smoke passing through the north of the Midwest on September 13th. The image was taken with the help of the MODIS spectroradiometer on NASA’s “Aqua” satellite. This year, record heat in some parts of the West of the United States was called a possible cause of large-scale fire activity, which was somewhat unexpected, given the wet winter and spring in the region.