Smoke over British Columbia in a photo from satellites 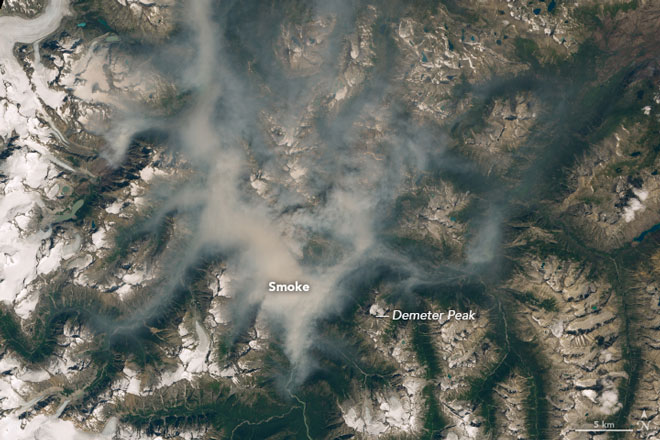 When thunderstorms passed over the Canadian province of British Columbia in July and August, they led to the occurrence of several hundred fires in forests that have already been primed. Abnormally hot dry weather exhausted the vegetation and burned the soil. And the invasion of pine beetles left behind a large number of dead trees.

This picture was taken using the MODIS tool on the Terra satellite on August 13th. On it you can observe the smoke that enveloped British Columbia. Smoke trains also spread far beyond the province to the state of Washington and the Midwest of the United States.

Smoke plumes from forest fires can have a significant impact on people and the environment. Small particles pose a health hazard, as they easily enter the lungs and bloodstream. Black particles in the smoke can land on snow and ice and accelerate melting, absorbing heat and reducing the reflectivity of the surface.

On August 7, the OLI tool on Landsat 8 received this picture in natural colors – it can see smoke in the valleys near the shore ridge. 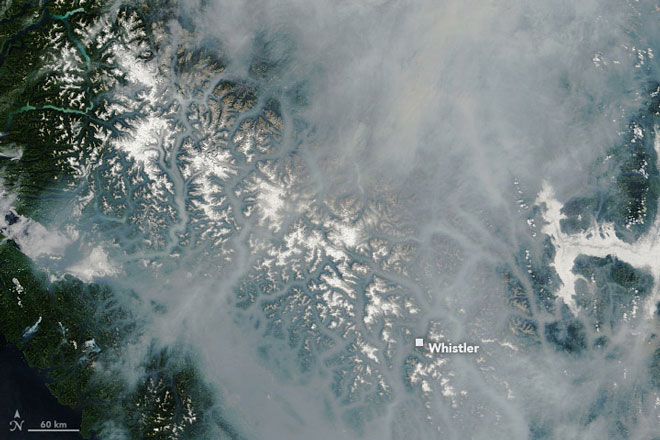