Snakes destroy all life on the island of Guam 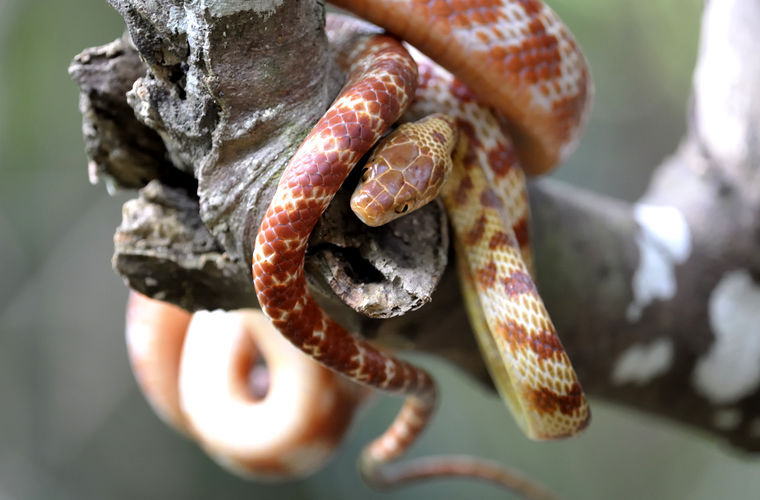 The island of Guam lies between Australia and Japan and belongs to the United States. Its area is 544 km ², and on all these kilometers insatiable snakes reign, which destroy birds, rodents and even trees with great speed.

The fauna of Guam is originally represented by rodents and bats. Occasionally in the forests there are imported deer from the Philippines. Around the island are beautiful coral reefs, densely populated by marine inhabitants.

Once upon a time, there were a lot of birds on the island, but the brown wood snake (Boiga irregularis), which was on the island during the Second World War, did not pose a danger to humans, destroyed almost all birds.

For these snakes, Guam is a real buffet. The feast increased the number of reptiles to 2 million, and the density of the population increased to 5000 individuals per 1 km². Ecosystem because of this expansion suffered significantly. By the mid-1980s, 10 of 12 bird species, including kingfishers, had disappeared from the island. On the island of Guam, thanks to the snakes, it’s almost impossible to hear birds singing – and this is an eerie feeling.

Due to the fact that the snakes destroyed the bats, the threat of extinction also looms over the local forests. Earlier flyers carried the seeds of fruit trees for many kilometers, now ecologists expect with alarm that the population of young trees will be reduced to 92%.

Learning about this situation, the US Department of Agriculture began fighting the snakes, sending $ 8 million to this campaign. The weapon is a dose of paracetamol, which is toxic to many animals, including brown snakes. Poisoned snakes “delivered” thousands of dead mice dropped by parachutes into the forests of Guam. So far, there is no data on the results of the two-year program to exterminate snakes.