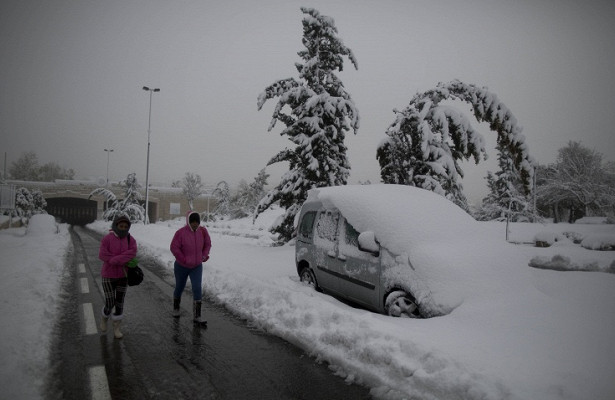 Hundreds of flights were canceled, on the roads – accidents, drifts and fallen trees, and in cities – power outages.

The Russian Foreign Ministry warned: it’s not safe to go to Europe now. Many airports, including Heathrow and Schip-hol, work intermittently. In the way, trains are delayed too.

In France, Calais ran aground with a ferry with three hundred passengers on board. In Romania, on a snowy road, a minivan with citizens of Moldova turned over. Two people were killed.

In one of the German cities at the fair from the strong wind collapsed Christmas spruce. Five people got injuries. And in Brussels, the Ferris wheel nearly fell. All the parks in the city had to be closed.