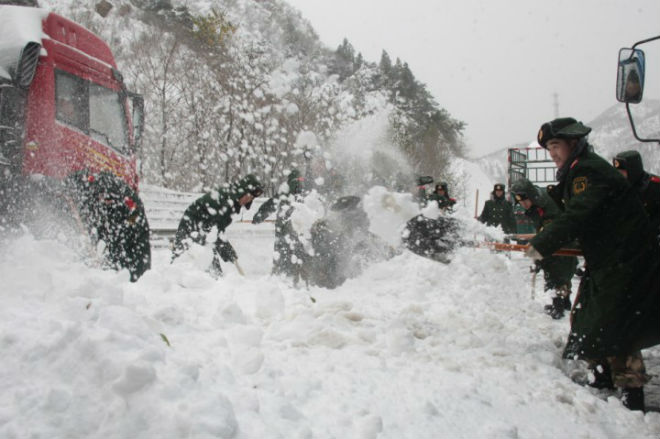 In snow in Urumqi city Xinjiang Uyghur Autonomous region of China were more than 30 vehicles. To the hostages of the disaster hurried to the rescue.

Due to snowstorms and strong winds, some roads on the outskirts of the city on Monday morning turned out to be impassable. Locally formed meter drifts. 30 vehicles that were stuck in a snow trap, there were 50 people.