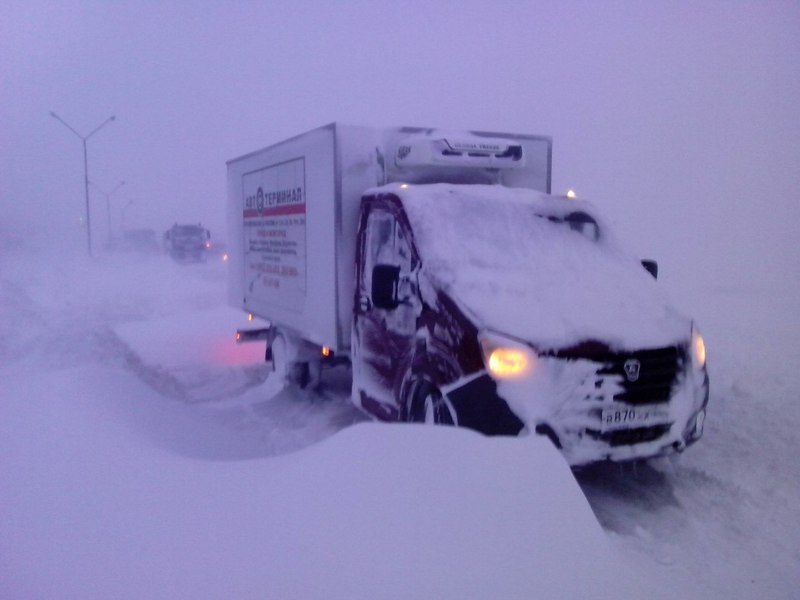 General grouping of forces and means of territorial subsystem of warning and response to emergencies, employed to eliminate snow drifts on the territory of the Altai territory, is more than a thousand people, 641 vehicles. From EMERCOM of Russia are involved 345 people, with 78 units.

At the moment in the region remain closed 13 sections of the regional roads in 25 districts of the region. Due to adverse weather conditions and complications traffic authorities in the region have introduced a state of emergency. The edge arrived a detachment of the Siberian rescue center of Novosibirsk as part of 50 people and 11 pieces of equipment. Members of the squad on the technique of high permeability will patrol the most difficult areas of roads, if necessary, to provide assistance to citizens.

Weather situation does not allow us to speak about the stabilization of the situation: snow and storms continue. The people of the region should refrain from attempts of movement at the Federal and regional roads.

Even before he was widely published the storm forecast with recommendations. However, to be seen not all: in the past days first responders conducted rescue work on the elimination of congestion on the highway of regional significance Pospelikha-Kur’ya. Trapped in snow were 5 buses and 44 cars, which were 168 people. Evacuated people in temporary accommodation (in the settlements of Kurya, mykolaivka, Pospelikha) and almost complete evacuation vehicles.

The road situation in the region remains difficult. Addressing you with an appeal not to travel outside the settlements. On most trails in the region heavy snow, a Blizzard, visibility is zero. Refrain from traveling by yourself and tell the relatives!