Snow in Canada left without light more than 10 thousand inhabitants 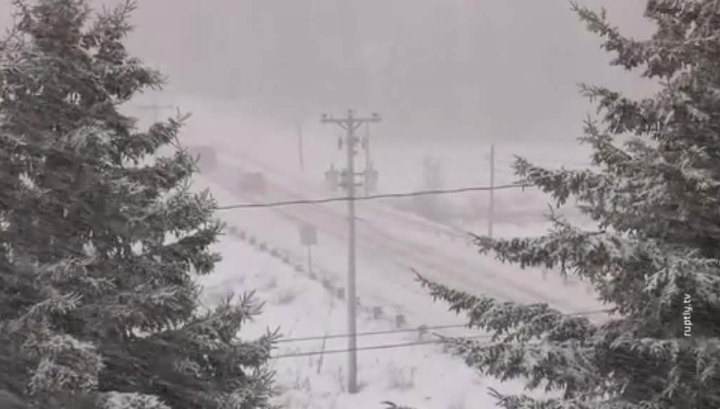 In the south of the province of Manitoba (central Canada), more than 10,000 consumers were left without power supply. Such data was reported on Monday, March 5, by the CBC television channel.

According to the National Meteorological Bureau, in the region dropped to 30 centimeters of snow – this is almost twice the monthly rainfall. Weather forecasters predict that up to the end of the day may fall to another 5 centimeters of snow. That bad weather caused massive cliffs of power lines. The emergency teams have already begun repairing the damaged areas, but there is no information on the completion date of the works.

Because of heavy snowfalls, classes were abolished in schools, mostly in rural areas, Tass reports. Precipitation also led to a deterioration in the situation on the roads. Currently, for security reasons, the police blocked some highways and small rural roads.

The authorities in the region recommend that residents of Manitoba not use personal vehicles and, if possible, wait out the bad weather at home.