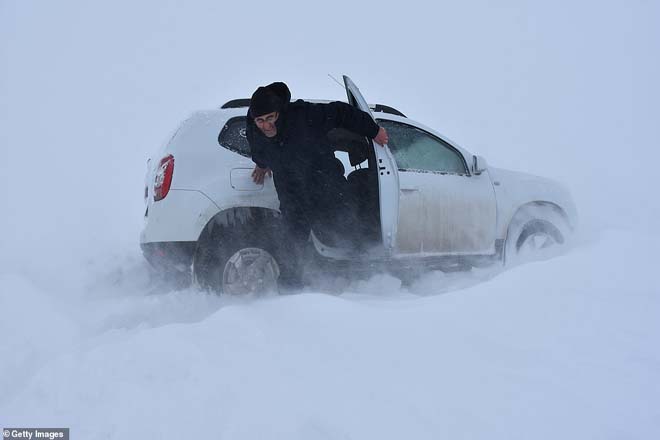 Snow chaos in Europe intensified, hundreds of people were trapped after the roads were buried under avalanches. In Germany and Austria, due to the threat of avalanche, the highest “red” warnings were announced.

As a result of the chaos of the weather, at least 17 people died, including a 16-year-old teenager who was buried on Wednesday in a ski resort in Austria. 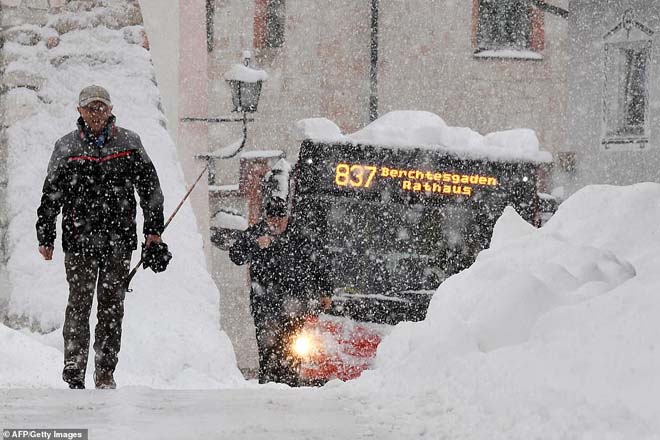 Because of the weather in the ski resorts 450 lifts were closed. In the Austrian city of Hohentauern, 2,000 people were trapped after more than 90 cm of snow fell during the night and the roads became impassable.

In Bavaria in southern Germany last night, 100 automobile accidents occurred on icy roads, traffic on many roads was paralyzed due to traffic jams. In some settlements food is delivered by military vehicles.

The largest number of avalanche warnings announced in Austria. In Salzburg, where usually in January snow depth reaches 56 cm, 140 cm of snow has fallen.

Cold weather also reached Greece, where on Tuesday the temperature dropped to −23 ° С in the city of Florina. Snow fell including in Athens and Thessaloniki. Cyprus also rained with snow.

In Turkey, due to snowfall, many drivers fell into snow traps, they needed the help of rescuers.

In the Czech Republic, about 9,000 households were without electricity on Thursday after heavy snowfall in the regions bordering Germany and Austria.

On the Norwegian Arctic islands of Spitsbergen, more than 100 people were evacuated as a precautionary measure due to the storm and the risk of avalanches.

In Norway, residents of areas located at the foot of the Sukkertoppen mountain were evacuated. With serious delays went the train. In Germany, hundreds of flights were canceled.