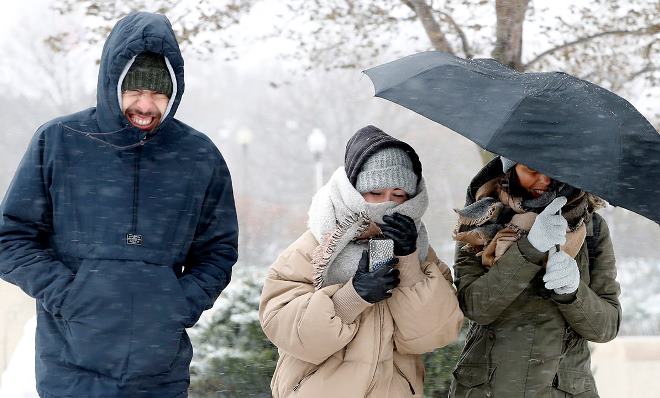 A snow storm hit the plains and the Midwest of the United States. More than 1,500 flights were canceled, dozens of serious accidents occurred on icy and snowy roads, in which at least 4 people were killed and injured, according to The Weather Channel.

A blizzard has hit the states of Illinois, Missouri, Colorado, Wyoming, Wisconsin, Iowa, Kansas and Michigan. In places, up to 10 centimeters of snow fell. Heavy rainfall was accompanied by a squally wind.

Last Monday, when landing at Chicago’s O’Hare International Airport, an American Airlines plane with 38 passengers and three crew members slipped off the runway. In this case, the landing gear broke and he tilted to the right wing. The reason for what happened was difficult weather conditions and ice on the GDP. Fortunately, none of those on the plane were injured. 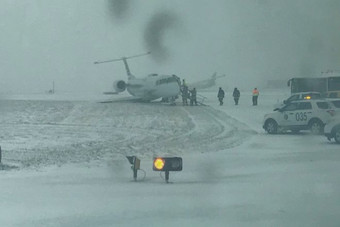 The accident occurred Monday morning on a snowy and icy highway near Charlotte, northwest of Detroit in Michigan. In a head-on collision, three people were killed in one of the cars, the driver of another car was hospitalized. 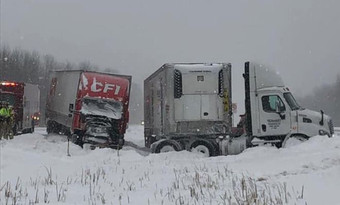 Another accident victim was an 8-year-old girl in northeastern Kansas. A truck crashed into the car in which it was located. A heavy truck driver lost control on a slippery road.

Due to the weather, dozens of accidents occurred in various parts of the Midwest of the USA, and many sections of the tracks were blocked. In central Iowa, ice and snow covered motorways. Here, due to a number of accidents, some routes were blocked.